Watch A New NASA Fuel Tank Be Built In One Minute

The 130-foot fuel tank will be part of the most powerful propulsion system ever. 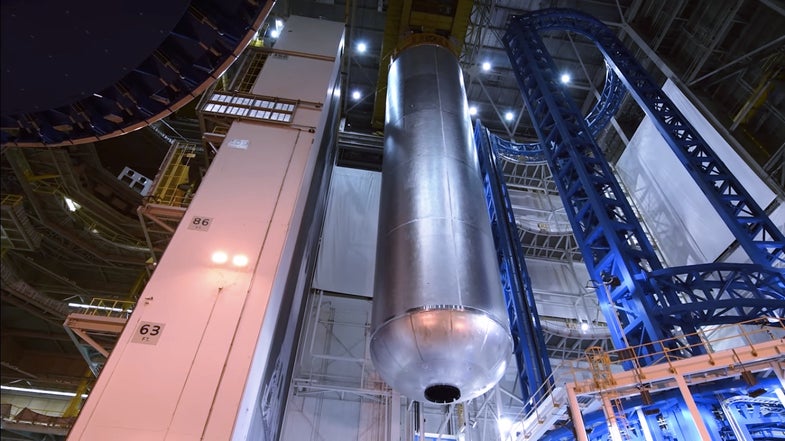 NASA’s Space Launch System will include the most powerful booster ever created, and the 130-foot fuel tanks will carry a portion of that power for the first stage of the rocket launch. The tank took a while to construct, but a time lapse video shows how the gigantic hulk of a fuel cell was put together in just a minute.

This kind of power is incredible to imagine.

I know what you’re thinking…I’m thinking it too.

But Coca-Cola and Mentos would have to be on board, and they’d have to donate a LOT of product.

Anyway, the tank still has to get through testing and plenty of other steps before it’s ready for launch. But here it is: