The Modern Twist on an Ancient Shoe

Ballet dancers get a high-tech fix for an age-old problem: lousy footwear 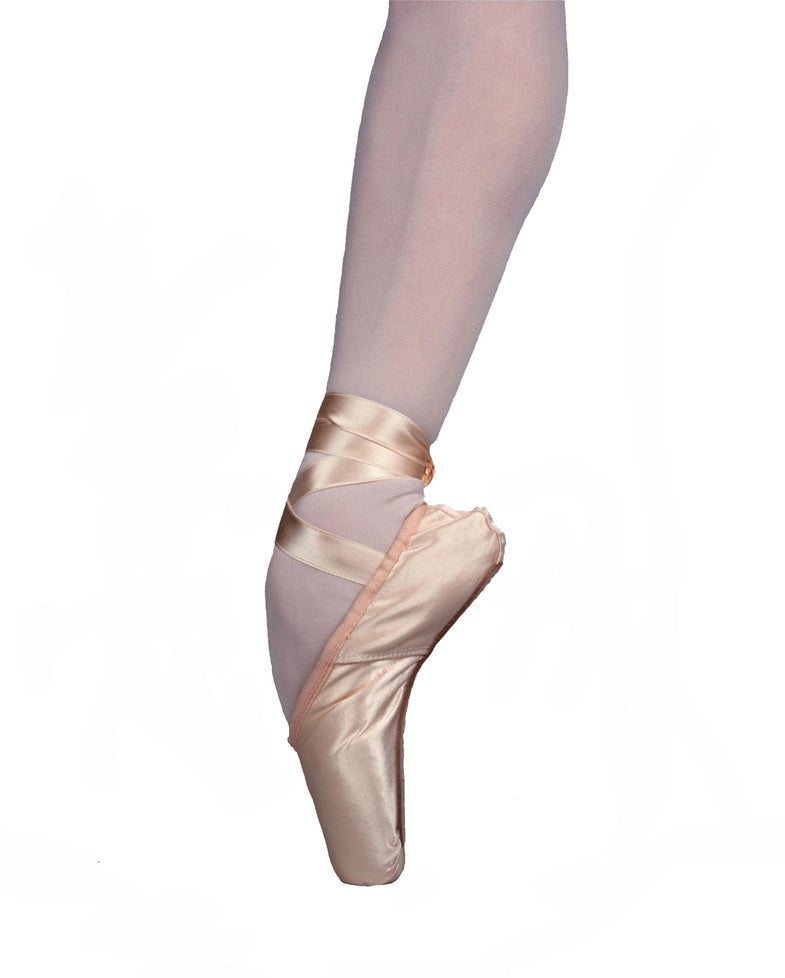 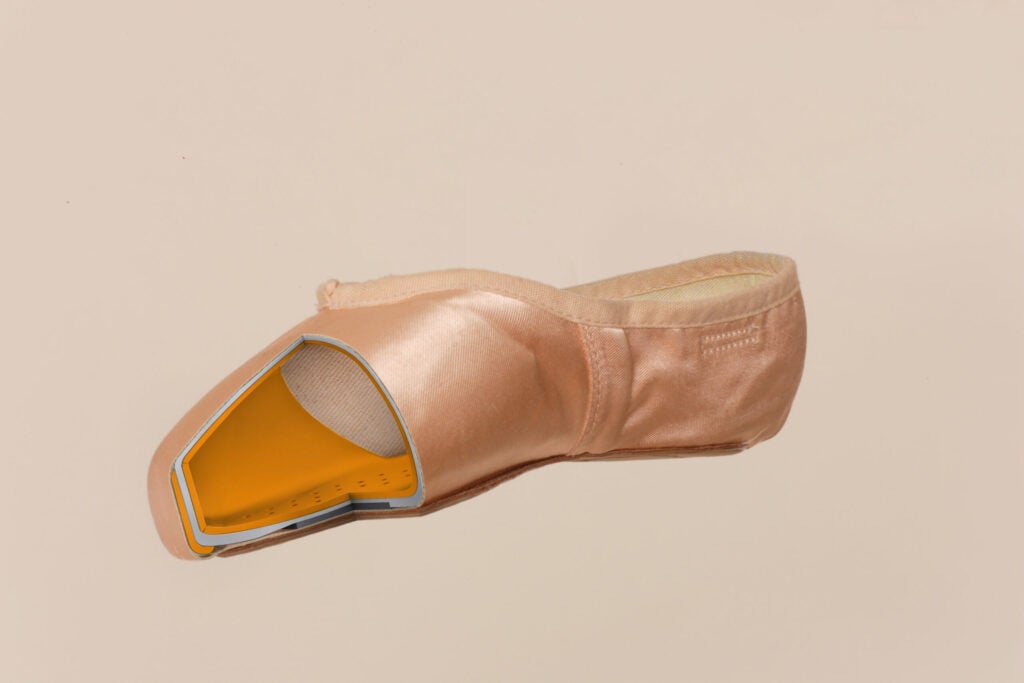 Imagine a shoe so uncomfortable you have to hammer the insole and smash it inside a door to make it tolerable. Now imagine tossing the same $70 shoe in the trash because it shredded into pieces after just 45 minutes. Welcome to the world of ballet.

For 400 years, pointe shoes have been built the same way with the same materials, producing bloody blisters for generations of female ballerinas (while their so-called masculine counterparts walk flatfooted with plenty of padding). A papier-mâché manufacturing method of satin, paper, hessian, paste and leather results in a shoe that every 12 year old girl, and a few special boys, yearn to wear but can’t wait to take off. So while you nodded off at the yearly Nutcracker performance, perhaps some sympathy was due for the Snowflake Fairy on tiptoes.

Traditional shoes require ballerinas to literally break them before any plié using archaic inaccurate methods (see video below). Slamming doors, hammers, knives or a strong pair of hands are used to snap stiff potions of the shoes in a ritual so crude it boggles the mind yet so old the industry knows no different. Ballerinas even used to put raw steak in the toe of the shoe to minimize the impact and pain.

“Everyone was suffering inside the same shoes and nobody was doing anything about it,” says Capulet Director Michael Thoraval.

And then came the seemingly wonder-material called d3o.

The sheer thickening fluid that’s been used in everything from soccer balls to ski gear over the past five years, has shifted its powers to the enchanting, intoxicating intense world of ballet. The material provides flexibility under slow static movements but stiffens on impact to protect the dancer’s five little piggies. Shoe manufacturer Capulet World formed nearly four years ago hoping to redesign the shoe. After reaching out to Dupont and their brethren, Capulet learned of d3o and have since incorporated the material into a shoe that can last 20 full performances for just $110. Tests with elite and recreational level ballerinas around the world have received rave reviews in advance of a full launch this month both online and in US stores.

The d3o essentially encompasses the entire shoe with thickness varying between one and four millimeters in different sections. Capulet also replaces the elementary school paste methodology with a more modern approach while maintaining the weight of the shoe. Cognizant of potential resistance from an industry devoted to its customs, the shoe maintains an identical leather and satin outside making the improvements undetectable to dancers and fans. The shoe has already been embraced by the Royal Academy of Dance suggesting backlash should be minimal, if at all; presumably non-existent if the dancers themselves have any say.