Blindness is the most debilitating of sensory impairments, and also the most vexing to cure. Now, MIT scientists have created... 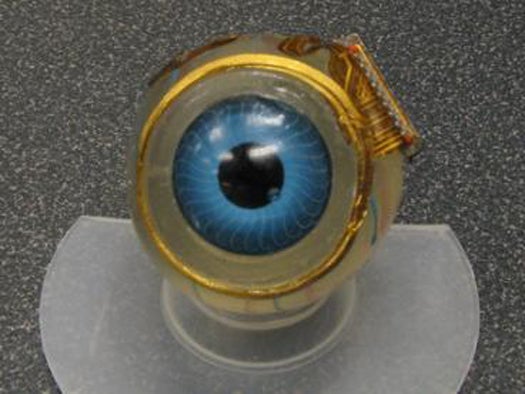 Blindness is the most debilitating of sensory impairments, and also the most vexing to cure. Now, MIT scientists have created a new kind of retinal implant that might help reverse the effects of two common forms of blindness. Drawing on the same principles as the cochlear implants that help the deaf, this implant wouldn’t restore vision, but could help the blind navigate through everyday situations.

The system involves both a computer chip implanted on the retina itself and a special pair of glasses that photographs the surroundings and powers the implant. When the camera records a large object like a wall or another person, it sends a signal to the chip, which then electrically stimulates nerves in the retina. The stimulated nerves send an image to the brain that resembles dark splotches. The number and size of the splotches indicate the size and proximity of an object.

While the implant does not create a picture the wearer would recognize as a particular object, the wearer can learn to interpret the blobs in such a way that he or she could navigate a space without danger of injury.

The implant prototype is the result of nearly 20 years of work in the field, starting with the earliest tests that proved electrodes could bypass a damaged retina, connect directly to the optic nerve and produce an image in the brain of a blind person. So far, the device has only been tested in pigs, not humans, but MIT scientists hope to start human testing within the next three years.