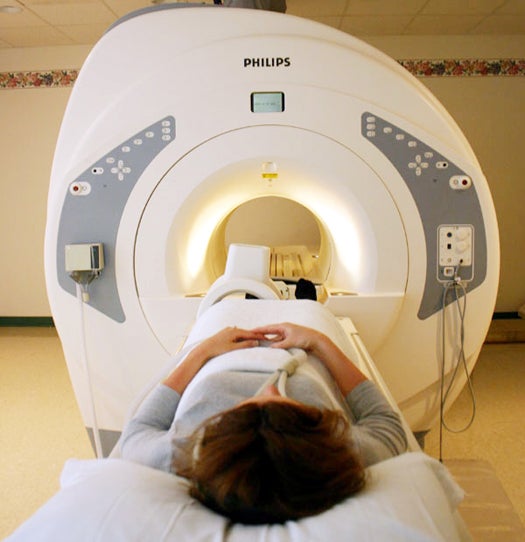 The problem of people who take more than their fair share of public services is as old as public services themselves. On a small scale, the problem merely blends into all the other inefficiencies in the system. But if freeloading becomes too pervasive, it can imperil the entire society. This may seem like an abstract economics or social sciences problem, but the tendency of people to request social services without demanding that they pay a fair amount for those services led directly to California bankrupting itself.

Now, scientists at the California Institute of Technology (Cal Tech) claim they have figured out how to avoid the problem of free-riding by using an MRI machine to read people’s hidden feelings about a particular public service.

Imagine a business designing a lunch plan for its employees. The fairest way to charge for the lunch would be to make people pay per item, so that those who eat more, pay more. Knowing this, those who are prone to eat more naturally argue for a flat rate, thus ensuring they get a better deal in the long run. This kind of negotiation goes on in many forms throughout society, in areas as disparate as national defense, public transportation, and health care.

The Cal Tech researchers measured the brain patterns of volunteers asked to role-play just that kind of scenario. The scans helped the researchers determine whether or not the participants were lying when they said how much they valued a hypothetical service. Those who told the truth about how much they valued the service got to pay less to receive the service (in this case, an actual cash payout). Those who weren’t honest got less money.

With the payments proving the accuracy of the MRI at reading people’s honesty, almost everyone in the experiment began voting for a fair distribution of the burden for supporting the service.

The lead author says his research will allow state, local, and Federal governments to forgo the proposition system, and instead brain-scan a random sampling of possible beneficiaries of a new service, as a means to assess how much the public is actually willing to pay. In California, where the ballot initiative process led to so much free-riding that the state became bankrupt, it’s easy to see the appeal of this system. However, the idea that any government would monitor its citizens’ brains for honesty will doubtless strike even the least paranoid person as rather terrifyingly Orwellian.