What the Sotomayor Nomination Means for Technology

A dose of tech savvy for the Supreme Court? 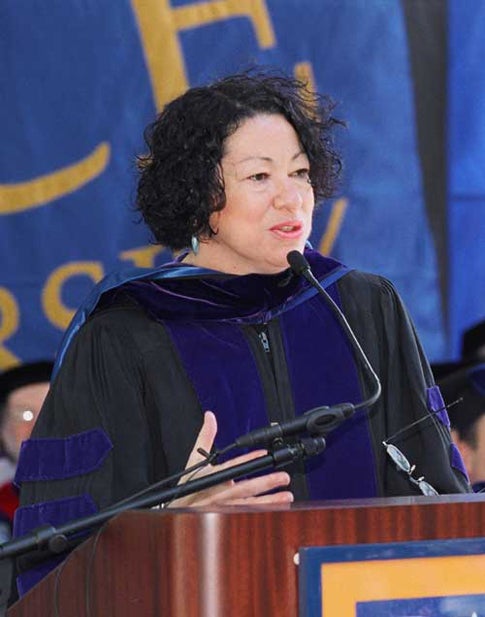 With their shapeless black robes and lined faces, the justices of the Supreme Court do not project a particularly cutting-edge image. And for the most part, that’s not a problem. The judges concentrate primarily on cases related to either hot-button issues like torture and abortion, or cases dealing with the legal minutiae of how courts should properly function.

However, every once in a while, cases like Sony v. Universal (the “Betamax case”) and MGM Studios, Inc. v. Grokster, Ltd. force the Justices to balance aging precedents with a rapidly advancing world. And while many of the Justices, especially the famous Luddite David Souter, have often been unfamiliar with the technology they were ruling on, President Obama’s nominee Judge Sonia Sotomayor has a long history of dealing with just the sort of technology-related cases the Supreme Court is likely to hear in the future.

We spoke with Jeffrey Neuburger, the co-chair of the Technology, Media, and Communications Practice Group at the law firm Proskauer Rose, and Timothy Wu, a professor at Columbia Law School who specializes in telecommunications and net neutrality law. Both identified the balance between free speech and intellectual property on the Internet as the most pressing science and technology-related issue likely to come before the Supreme Court. According to Wu and Neuburger, these cases will likely deal with the limits of fair use, what constitutes the public domain, and how news content can be aggregated and redistributed.

As it happens, Sotomayor specialized in intellectual property while at the law firm of Pavia & Harcourt. In 1997, she was appointed to the 2nd Circuit Court of Appeals. Since the 2nd Circuit covers New York City, Sotomayor landed right in the middle of the media capital of America right at the time when the Internet first began testing the limits of current copyright law.

That put Sotomayor in the position to write opinions for early cybersquatting cases like Storey v. Cello Holdings, L.L.C. and Mattel, Inc. v. Barbie-Club.com. Additionally, Sotomayor ruled against a group of freelancers in Tasini vs. New York Times, a resonant case that involved journalists contesting the right of Lexis-Nexus and the New York Times to re-post articles on Internet databases without further approval of the writers. The Supreme Court eventually overturned Sotomayor’s decision, with Justices Stevens and Breyer affirming Sotomayor’s ruling in their dissent.

With a Democrat-controlled legislature, and the extreme deference given to the President in appointing Supreme Court Justices, Sotomayor will likely win her confirmation hearing. Summaries of Sotomayor’s biography and career can be found at CNN, the SCOTUS blog and The New York Times, although they all only briefly touch on Sotomayor’s history in dealing with the intersection of advanced technology and copyright law.