Oh, Roar a Roar for THEMIS

For they have seen Aurora Borealis burning bright 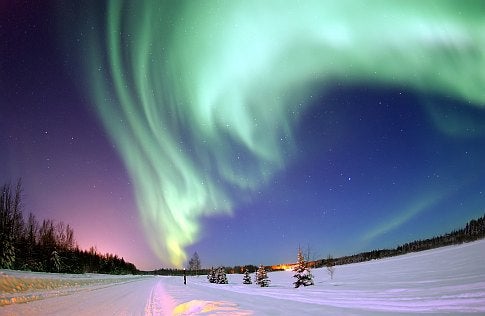 EIELSON AIR FORCE BASE, Alaska -- The Aurora Borealis, or Northern Lights, shines above Bear Lake here Jan. 18. The lights are the result of solar particles colliding with gases in Earth's atmosphere. Early Eskimos and Indians believed different legends about the Northern Lights, such as they were the souls of animals dancing in the sky or the souls of fallen enemies trying to rise again. (U.S. Air Force photo by Senior Airman Joshua Strang). SrA Joshua Strang
SHARE

Five satellites are helping scientists understand what causes the Northern Lights. It involves a flux rope, which sounds like it should be the cable that’ll help launch the space elevator.