The science behind bitter, sweet, and chemically induced tastes 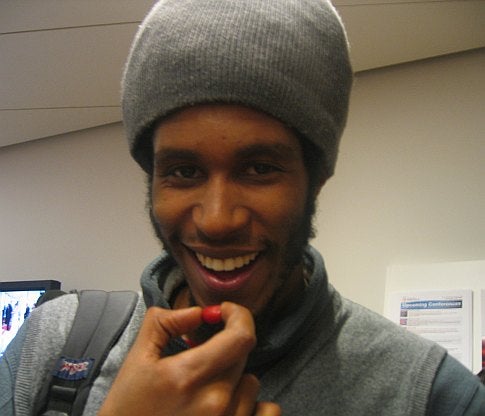 How well do you know your tongue?

Linda Bartoshuk, Ph.D, the director of Human Research at the University of Florida’s Center for Smell and Taste, says the fleshy flap inside your mouth is a central site for chemical reactions involving taste and smell — and that the traditional tongue map is a lie.

Last week, on Darwin’s birthday, Bartoshuk charted the evolution of researchers’ findings on taste at a talk at the New York Academy of Sciences. New York Times columnist and food science expert Harold McGee served up a talk — and slides — on contemporary chefs’ not-so-natural selections: cutting-edge chemical ingredients designed to push the boundaries of what we chew. Some of the dishes actually looked delicious. Consider “decanted white wine,” a clear grape jelly dotted with specks of color representing notes of fruit, oak, and chocolate.

And there were several sensory snacks for on-site experimenting: a piece of peach fruit leather, a bite-sized piece of artichoke (it makes water and saliva taste sweet for those who have a certain genetic tendency), and a paper-thin wafer that smacked of uber-bitterness to me, but was tasteless for a significant fraction of the audience. Aesthetics aside, taste really is in the mouth of the beholder, according to Bartoshuk. She put the entire quarter-sized wafer in her mouth at once. And kept it there. I couldn’t even dab it on my tongue with out a severe wince, grimace, and quick scramble for anything to replace the taste.

The circular slip of paper was saturated with 6-n-propylthiouracil, or “PROP,” one of the synthetic substances researchers use to study the relationship between genetics and the perception of bitterness. I’ve got that gene big time, which makes me a supertaster. Bartoshuk is a nontaster, impervious to big bitter tastes. (This isn’t the only way to tag those who bend to bitter. Bartoshuk and her team test subjects using other synthetic compounds as well). Several succulent morsels of science left a lasting aftertaste. Here’s a sound sampling of the smorgasbord of food science on the menu:

Bartoshuk explains a way to smell without your nose. Retronasal olfaction works through your mouth. “When you’re chewing and swallowing and tasting food in your mouth,” she says, “the brain knows that the odor is coming in a different way and sends exactly the same stimulation to a different part of the brain and the rules of processing are not the same.” We tried this experiment with a peach fruit strip. Grab one and give this a go.

Turn that Sour Upside Down

Miracle Fruit Man Curtis Mozie was on hand with Synsepalum dulcificum, which looks like a cross between an olive and a cherry, but has special flavor-changing powers. The pulp of the red fruit makes acidic foods taste sweet. Members of the public popped some in their mouths at a post-lecture reception. Alistair McCray and Julie Henswick found that miracle fruit made lemons taste like (sweetened) lemonade.

Brandon Powell said the consistency reminded him a bit of lychee and liked what it did to wine.