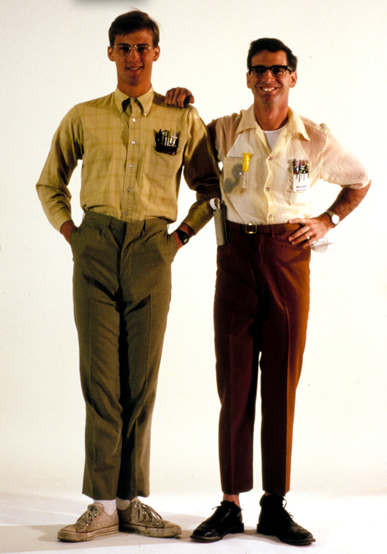 Think back to your college years. Did you spend more time at the lab bench than at the bar? Was getting a date harder than organic chem? If you carried protection was it for your pocket? We thought so.

A study published in the current issue of the journal Sexual Health found that science students were more likely to be virgins than their artsy classmates.

Researchers in Australia surveyed 185 men and women, ages 16 to 25, at the University of Sydney on their sexual history and STD knowledge. Responses to questionnaires revealed that “art students were younger [and] more likely to be sexually active” than science students (who, presumably were too busy doing homework to get out and get busy).

And on average across groups, males were less likely to have had sex than females.

As for the reasons behind the disparity between art chicks and science geeks, lead author Bernadette Zakher, of the university’s Department of General Practice, reserved comment, saying that the survey did not delve deeply into demographics or sexual history, “There isn’t enough information for conjecture.”

Nature podcast editor Adam Rutherford has a few ideas. “I just hate it when stereotypes are right,” he posted on the UK’s Guardian website. “The research does not go into the potential causes of this lack of bedroom activity by my boffin brethren, nor does it detail the worthy sacrifice of cheap carnal thrills for rational agility and mental development, which I have convinced myself lies at the root of this problem. That, and the personal hygiene issues.”

He blames a dearth of sexy role models for today’s blossoming men of science, citing, for instance, Charles Darwin’s marriage to his cousin and positing that Sir Isaac Newton “almost certainly died a virgin.”

The main purpose of Zakher’s research was to look at young people’s attitudes toward chlamydia screening. “The important findings,” she says, “are that young people are not aware or concerned about chlamydia infection despite their risk for acquiring it.” As if talking to girls wasn’t already scary enough.