Slow Down for a Slimmer Waistline 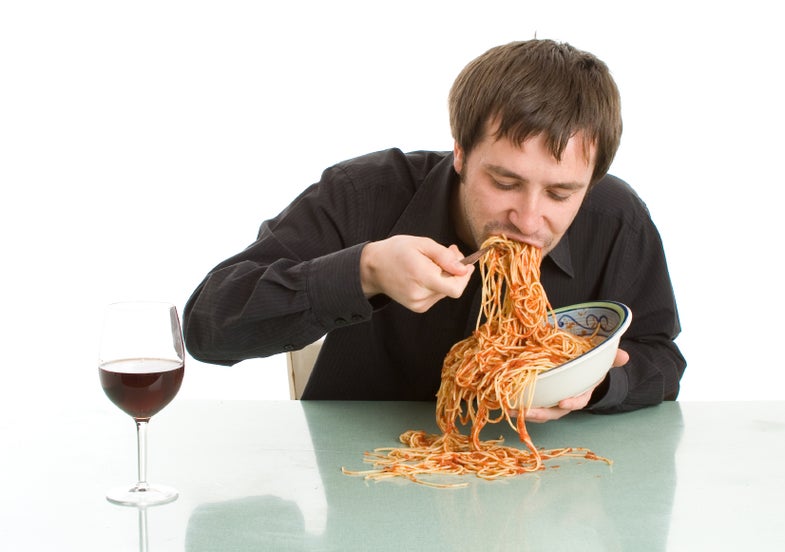 Want to eat yourself thin? Cool your jets. According to research published in the British Medical Journal this week, those who wolf down their food and eat until they’re stuffed are three times more likely to be overweight.

The study, which was conducted at Japan’s Osaka University, evaluated the eating habits of approximately 3000 men and women aged 30 to 69 between 2003 and 2006 through a diet history questionnaire. The researchers concluded the combination of eating fast and until full has a supra-additive effect on gaining weight after finding that the participants who did both had a higher body mass index (BMI) and energy intake than those who didn’t.

They also found that almost half of the participants ate too quickly and that men who ate fast were 84 percent more likely to be overweight than those who didn’t. Women, on the other hand, were twice as likely to pack on the pounds if they ate too fast compared with their counterparts.

In an editorial that accompanied the study, Australian researchers Elizabeth Denney-Wilson and Karen Campbell said the results were an example of how eating trends nowadays have a part in today’s obesity epidemic. They advised that parents should encourage their children to eat slowly and allow them to stop if they’re full. Another scientist, Ian McDonald from the University of Nottingham in England, told the BBC that your gastric feedback doesn’t have a chance to start developing in time, if you fill your stomach up by eating fast. In other words, downing your food hinders the signals your body creates telling your brain enough is enough. It just goes to show that the old days—when super-size meals didn’t exist and people took the time to eat—could teach us a lesson or two at the dinner table.