The Most Powerful Computer on Earth 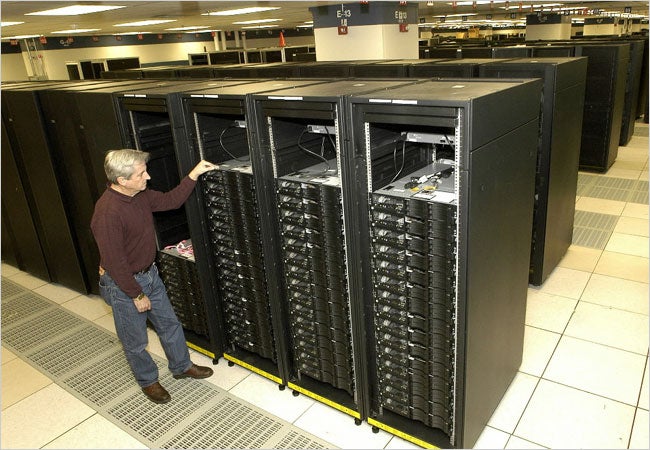 IBM has broken its own record of computer processing speed by pushing its newest supercomputer past the petaflop barrier. The Roadrunner, a massive machine occupying 6,000 square feet of space, this week achieved a peak of 1.026 petaflops, or just over one million billion calculations per second. Just ten years ago, the fastest supercomputer in the world would have taken 20 years to finish a problem the Roadrunner is capable of finishing in a week. It’s also the first hybrid supercomputer, using a combination of traditional AMD dual core chips and Cell processors, the kind of chip found in the PlayStation. It divides tasks by assigning standard processing to the AMD chips while giving processor-intensive mathematical work to the Cell chips.

The machine is bound later this summer for the Los Alamos National Laboratory in New Mexico, where it will tackle a variety of complicated scientific problems, such as climate change, how vaccines should be administered, and mapping regions of the human brain. Ultimately, however, the computer will be dedicated to analyzing and solving questions surrounding nuclear weapons and how best to maintain the safety of our existing arsenal.