Of Hobbits and Humans

Newly discovered human skeletons suggest that people are people, no matter their height 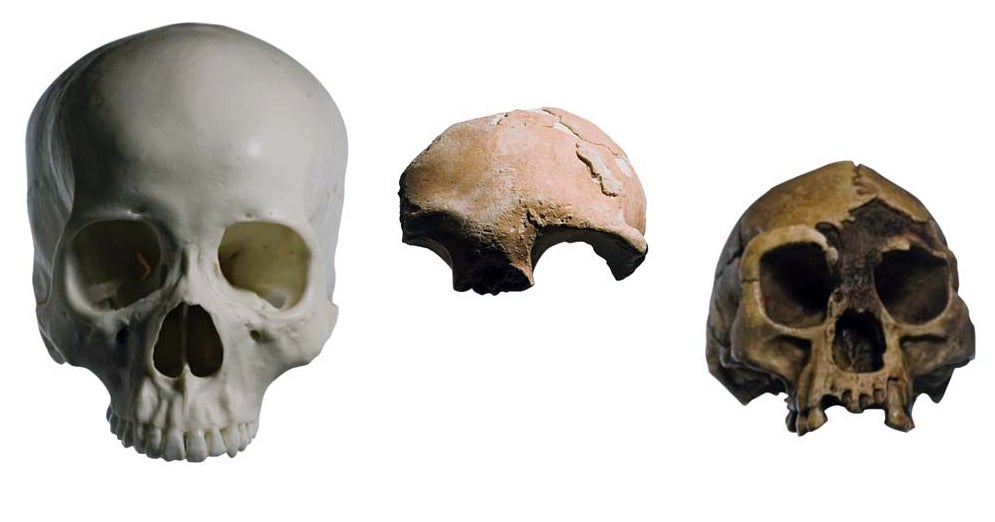 From left to right, a modern human female skull, a fragment of an older Palauan skull, and a model of a Homo floresiensis skull.

It could be any human skull, but this one is in fact much smaller and comes with a lot more controversy. In 2006, South African paleoanthropologist Lee Berger discovered this skull and thousands of other human bones piled in corners, buried under sand, or cemented to walls by dripping flowstone (the mineral that makes stalagmites) in a pair of burial caves in the Pacific island nation of Palau.

Berger’s skeletons, aged 900 to 2,900 years old, are Homo sapiens, yet they’re much smaller than typical humans; some are only three feet tall. Their discovery feeds a stormy debate: How different can two related organisms be and still be considered H. sapiens? The issue flared recently when miniature human bones were found in Indonesia and named Homo floresiensis, a.k.a. “hobbit.” Berger’s discovery may weaken claims that the hobbits are a separate species. Because of physical characteristics and the lack of ancestral hobbit fossils, Berger believes that both his skeletons and the hobbits are simply small H. sapiens—and that the variety of human size is greater than originally thought.