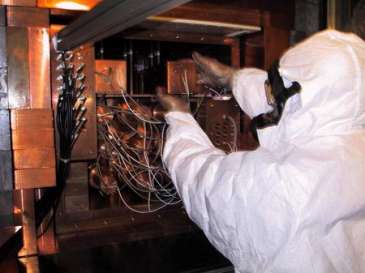 At a scientific meeting in Venice last week, Italian scientists reported that they had strong evidence that they’d detected dark matter in the lab, and that it showed up as weakly interacting massive particles, or WIMPs.

The work took place at the DAMA Project within Italy’s Gran Sasso laboratory. DAMA scientists made a similar claim in 2000, but they’ve upgraded the experiment since then, and they say that the changes in the detector array have increased their confidence in the results.

But as Physics World reports, not everyone is convinced that dark matter is really at the root of what they’re observing.

For more details, read a pre-print of the paper here.