Live Upside Down, Save Energy 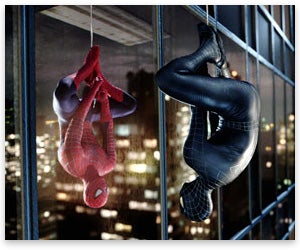 Scientists in Spain and Croatia have found that certain spider species that feed, breed and travel upside-down are more energy efficient because of it. For the spiders, it turns out, walking is more of a swing–they use gravity to their advantage. They effectively act as a pendulum, and require less muscle mass in the legs to move themselves forward.

One of the reasons they can do this, the scientists say, is that they don’t need strong muscles to hold on. Instead, they attach to their webs via claws fused to their exoskeletons. The interdisciplinary team of scientists–which included an astrophysicist, for some reason–studied more than 100 spider species, and found that the longer legs of the upside-down spiders enable more efficient inverted travel thanks to these pendulum mechanics, but that they aren’t so great for scurrying along the floor.

The work is important in terms of spider morphology and evolution, but the group says it could also apply to robotics design as well. The paper will be published in _PLoS ONE.