How much destruction would a nuclear bomb cause if dropped on or near your hometown? Two online calculators do the math 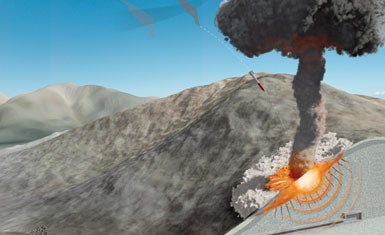 The Federation of American Scientists has created two tools to estimate the destructive impact of a nuclear “bunker buster” bomb. The blast-effects calculator illustrates the immediate destruction that occurs in the moments following a detonation. Specify bomb yield and location, and the calculator produces a blast diagram superimposed over a satellite image of the selected city. Use the fallout calculator to trace the four-day radiation pattern that results from the initial blast. You can specify wind speed and direction for a given location.