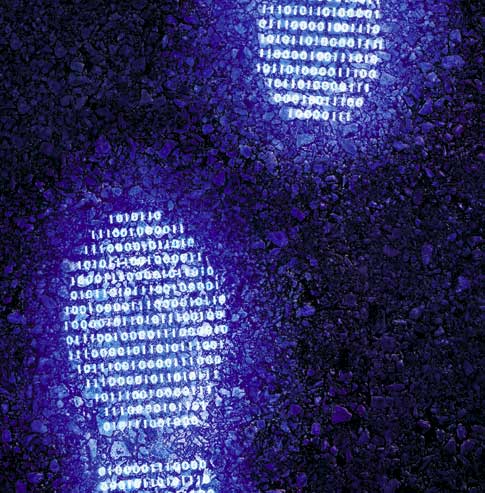 One in 12 women, and one in 45 men, will be victims of stalking in their lifetime, according to the National Center for Victims of Crime. But for such a common crime, stalkers aren’t common criminals. More often than not, they are–or once were–lovers, spouses or friends of their victims.

But no one knows, exactly, why seemingly ordinary people become stalkers. A major study on the subject, published in the American Journal of Psychiatry in 1999, considered the psychological profiles of 145 convicted stalkers and found few similarities among them. A quarter of them had substance-abuse problems, barely higher than that seen in the general population. Fourteen were schizophrenic, two were depressed, and five had been diagnosed with “morbid jealousy.”

Lead author Paul Mullen emphasized that stalking is not a mental disorder, but rather a behavior that a mental disorder can exacerbate. While stalking involves obsessive behavior, few stalkers have a true obsessional disorder. Mullen classified stalkers into five groups, based on their behaviors rather than psychological profiles: rejected stalkers (who want reconciliation or revenge), intimacy seekers (who believe they are in love with their victims), incompetent suitors (who lack social skills), resentful stalkers (who believe they have been wronged), and predatory stalkers (who are preparing to assault their victims). Research has provided “only the beginnings of answers to who stalks, why they stalk and, most important, how to stop them,” Mullen concluded.

One thing we do know, says Irene Hanson Frieze, a psychologist at the University of Pittsburgh, is that many of the behaviors associated with stalking are quite ordinary–under ordinary circumstances. “We’re talking about things like sending letters, sending gifts, doing unrequested favors,” she explains. “These are normal courtship behaviors.” When these behaviors cause fear, they are defined, in legal and psychological parlance, as stalking. But, she says, “it’s a very fine line.”

“Almost every 13-year-old girl has engaged in stalking behavior,” says Tracy Bahm, director of the Stalking Resource Center at the National Center for Victims of Crime. The cultural acceptance of certain behaviors–such as inappropriate declarations of love–is part of the problem, she argues. “On the one hand, pursuit can be romantic. In the movies it’s portrayed that way.” But because stalkers have a rehearsed set of romantic customs to choose from, Bahm believes that stalking is a learned behavior.

And in fact, when Hanson Frieze asked 240 college students whether they had engaged in behaviors associated with stalking, she found just that. Hanson Frieze avoided using the word “stalking” in her questionnaires and instead asked questions like “Have you ever searched the internet for someone’s personal information?”

For every behavior, the pattern was the same. Surprising numbers of students were doing things that in some circumstances would constitute stalking. And no matter the question, Hanson Frieze found that women were doing these things as often as men. “Men are more likely to generate fear in women than women are in men,” she says. “More things get classified as stalking when men do them. And in a surprisingly high percentage [of the situations], a relationship did develop. So this behavior is reinforced.”