The most efficient way to brush and floss 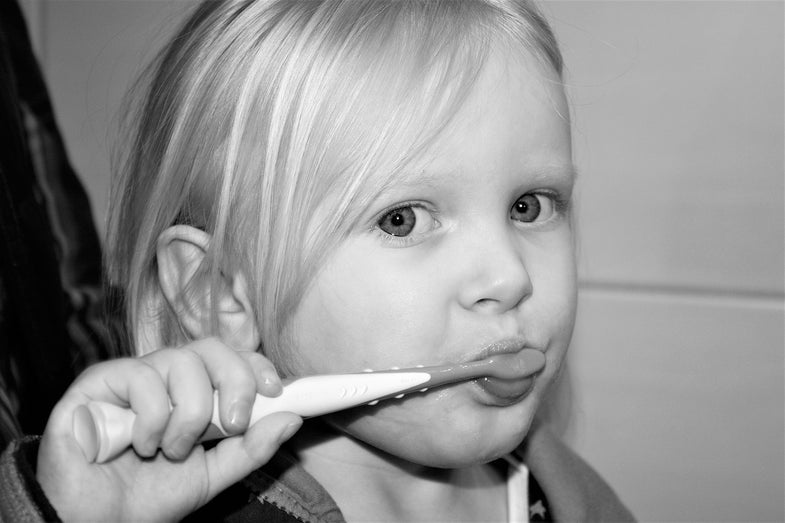 Daily brushing and flossing has become so ingrained in our society that, for most adults, our oral hygiene routines have become second nature. But that means we don’t think twice about whether we’re actually caring for our teeth properly. In fact, if done incorrectly, brushing and flossing can have a detrimental effect on our health. So use this scientific advice to take a step back and evaluate your cleaning work—your teeth will thank you for it!

First of all, the bad news: Neither brushing nor flossing has a significant, scientifically proven effect on cavity prevention, says Philippe Hujoel, a dentist and professor of oral health at the University of Washington School of Dentistry. (That said, the fluoride inside some toothpastes does strengthen your teeth.) Instead, the best way to prevent cavities is to avoid, as much as possible, sugar and other simple carbohydrates. However, that doesn’t necessarily mean you should stop brushing and flossing altogether. Both activities keep your teeth clean and aesthetically pleasing—and remove any rogue broccoli or other food particles stuck between your teeth.

Hujoel emphasizes that before dental professionals recommend a particular oral hygiene routine, they should conduct proper long-term studies to ensure that their recommendations actually prevent dental issues, as backed by solid science. So while we wait for that research, what is the current scientific consensus on the best way to floss and brush?

Hujoel says that, for flossing, people who have no dental fillings or restorative work might only need to floss if they have something stuck in between their teeth that they need to get out. And while flossing, try to cause the least amount of trauma to the areas in between teeth, he suggests. “One should not let the floss snap between the contact points of the teeth,” Hujoel says. In other words, don’t yank the floss into position with such force that it snaps against your gums. If you do, you’ll make them sore for a few days.

Soreness isn’t the only problem with aggressive flossing. If you continue to do this day after day and year after year, repeated snapping could cause your gums to recede to a point where you create spaces in between your teeth. Called black interproximal triangles, these areas become food traps—and once they form, they’re permanent and irreversible. They can even end up exposing the roots of your teeth, and flossing will then become a requirement to remove the food particles that collect in there. To avoid all of these potential detrimental outcomes, Hujoel says the floss should be guided, as gently as possible, through the contact point between the teeth. And once the food particle has been removed, the job is done.

As for brushing, Hujoel recommends using a toothpaste with fluoride in it, as fluoride has been proven effective in preventing dental cavities. However, if you rinse with water afterward, you risk washing away a lot of that fluoride. As for the proper way to brush? The same care and gentle ease that’s used with flossing should be done with brushing. Don’t press too hard—the goal is to apply the fluoride while ridding the teeth of any unwanted plaque and food products.

So until we’ve got some more solid, evidence-based, and long-term studies on what effect flossing and brushing have on our teeth, it’s best to keep your oral hygiene routine as delicate as possible. After all, you only have one set of chompers.