Wild deer are giving each other COVID—a lot

Animals hosting the virus may act as a reservoir. 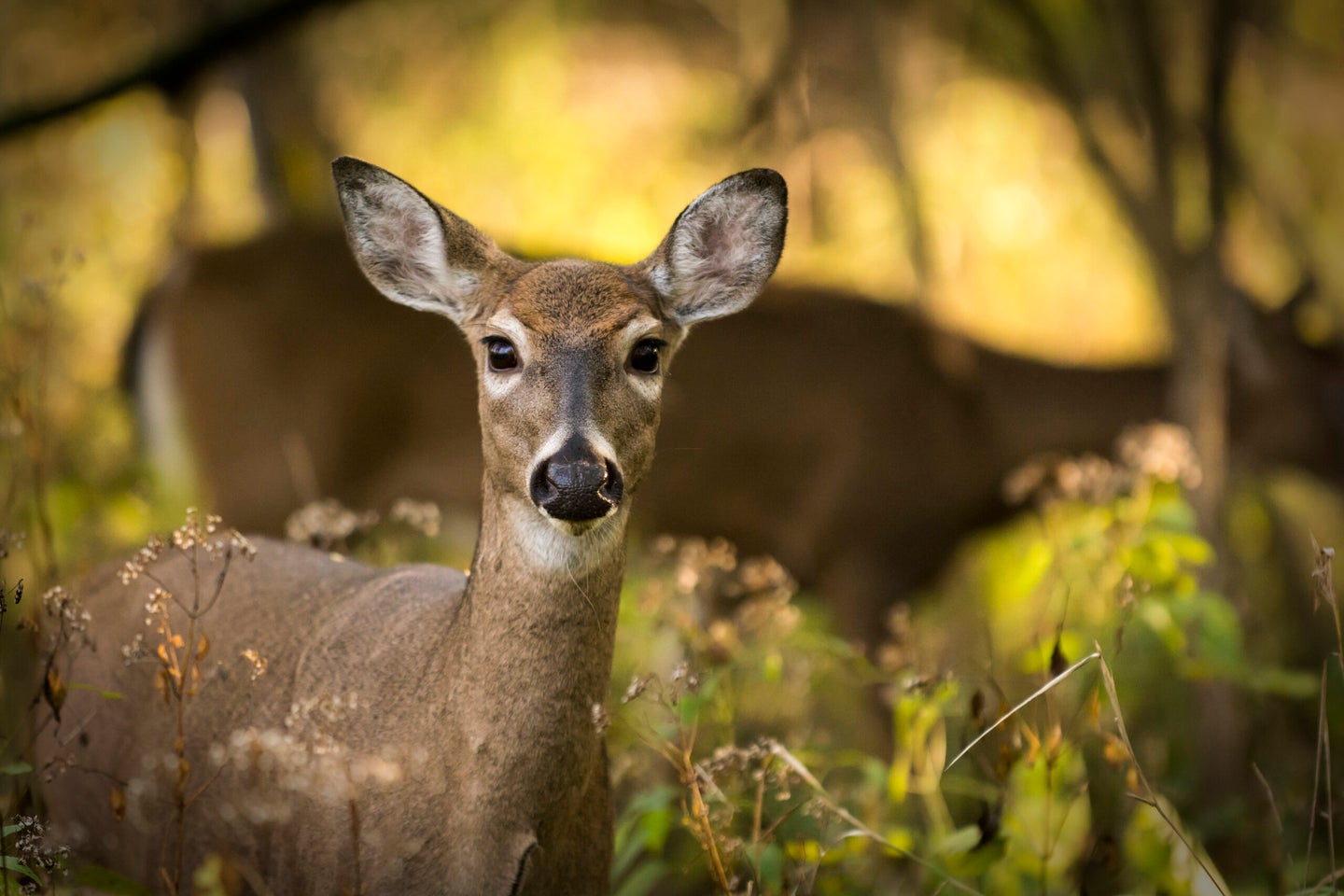 A new study of white-tailed deer in Iowa shows the animals can contract SARS-CoV-2 from humans, as well as from each other. mshake/Deposit Photos
SHARE

In August, the US Department of Agriculture surveyed American animals in hopes of identifying species that may act as reservoirs or hosts for SARS-CoV-2. The federal department confirmed the first cases of the virus in white-tailed deer in Ohio, and later data showed that 67 percent of deer in Michigan and 31 percent in Pennsylvania possessed antibodies for the novel virus.

A new study of white-tailed deer in Iowa, published this week in bioRxiv, shows the animals can contract SARS-CoV-2 from humans, as well as from each other.  Pennsylvania State University researchers and Iowa wildlife officials sample lymph nodes of roadkill and hunted deer to identify infections—while the paper has not yet been peer-reviewed, up to 80 percent of Iowan deer, sampled between April, 2020 and January, 2021, were infected.

“It was effectively showing up in all parts of the state,” Suresh Kuchipudi, a Penn State veterinary microbiologist who co-led the study, told The New York Times. “We were dumbfounded.”

Most of the 283 deer samples they found was in September, after the Iowa hunting season started. With about 11,000 Iowa hunters out on the field, this was a period of high deer to human contact, and the authors believe those interactions spurred greater infections from humans to deer. When they mapped the locations of deer infections, higher rates of antibodies in deer coincided with areas with more hunters.

And once one deer is infected, it’s no surprise that the virus would sweep through populations, Rachel Ruden, a coauthor of the paper and member of the Iowa State College of Veterinary Medicine, told Duluth News Tribune. “Deer aren’t following public health guidelines,” she said. “If they encounter urine or feces from another deer they might investigate it … their normal behavior is to interact with these fluids.”

Luckily, there is currently no evidence to suggest that humans can contract COVID-19 from a deer, but if the virus continues to thrive among deer populations, the fear is that we eventually could.

“If deer can transmit the virus to humans, it’s a game changer,” Tony Goldberg, a veterinarian at the University of Wisconsin-Madison told The Times. “To have a wildlife species become a reservoir after transmission from humans is very rare and unlucky, as if we needed more bad luck.”

Bryan Burhans, from the Iowa Game Commission told the Pittsburgh Post-Gazette that, given how the pandemic has disrupted all our lives, of course this news is worrying. But, he adds, “at the same, there’s nothing to suggest deer hunters or other Pennsylvanians are at risk of contracting COVID from exposure to deer. By taking ordinary precautions when hunting and handling deer, hunters help to reduce any disease risk.”