A GPS-Tracked Prairie Chicken Has Wandered 1,180 Miles Since April

The winding journeys of prairie chicken No. 112 make your Fitbit step count look like chump change. 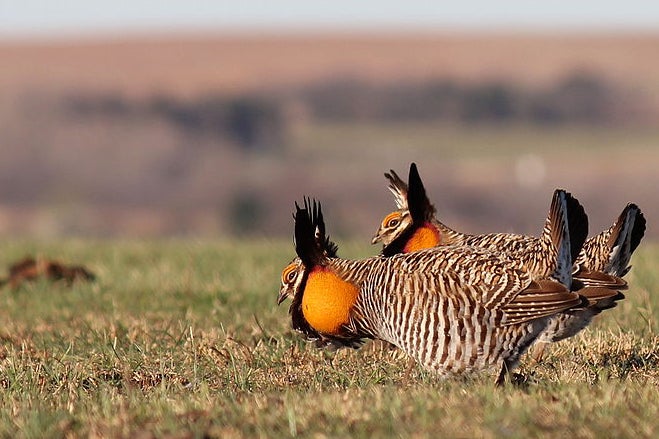 A female prairie chicken is putting all other summer road trips to shame. Her circular jaunts around Iowa and Missouri added up to 1,180 miles between April and August–more than 200 miles a month.

Bird No. 112, as she’s known among the Iowa State University biologists monitoring her via a GPS tracker, was reintroduced to the area from Nebraska by the Iowa Department of Natural Resources. The species has mostly disappeared from the region after being driven out by overhunting and the destruction of their habitat by farming. 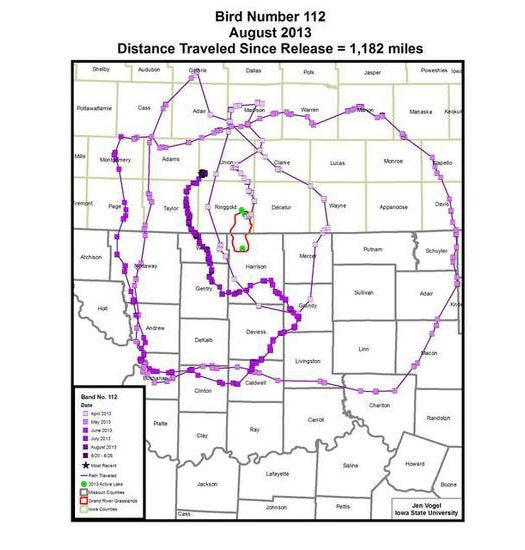 As The Prairie Chicken Travels

She travelled through 34 counties and up to 24 miles in a single day, according to the Kansas City Star. “It seems like she was searching for something,” researcher Jen Vogel told the Star. Whatever it was, she has since settled down, sticking to one county for most of August.

Sadly, we’ll never know how far the other chickens in the program could go. One managed to ditch its transmitter, and the eight others got munched on by predators. Because who doesn’t like the taste of chicken?