An amazing timelapse from the top of Rockefeller Center 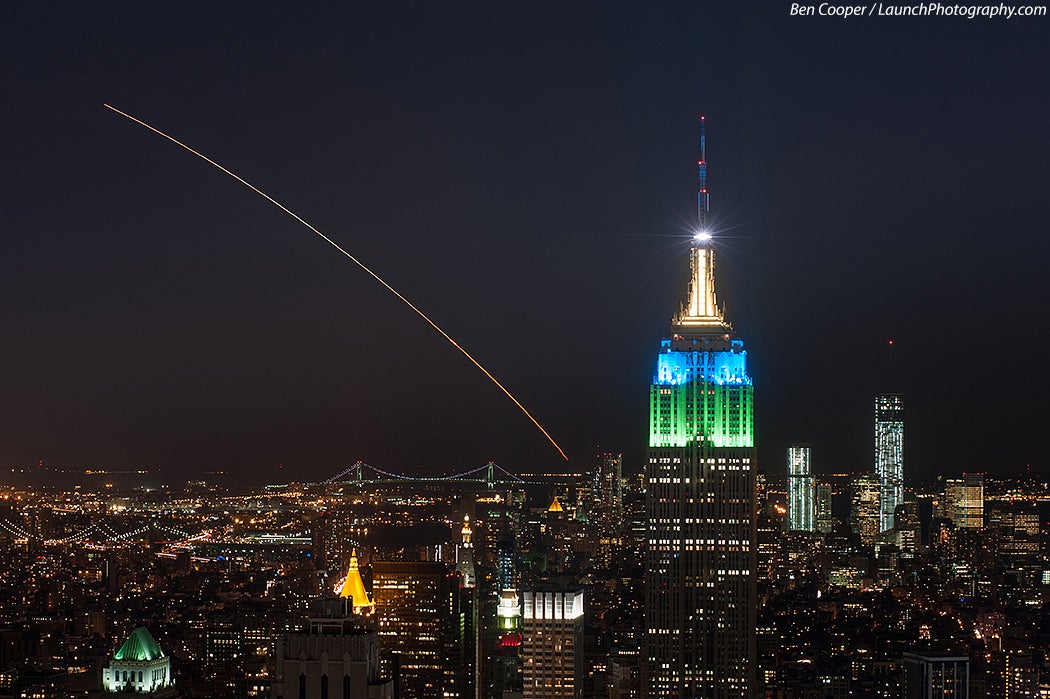 NASA’s LADEE spacecraft launched from Wallops Flight Facility in Virginia on Friday night, en route to an orbital trip around the moon. The night-flight provided photographers like Ben Cooper of LaunchPhotography.com an opportunity for some stunning shots.

This one probably tops them all, though. Taken from the top of Rockefeller Center in New York, the shot is a timelapse of LADEE’s trip. Wow, right? The Empire State building is lit up for the U.S. Open, which only made the photo all the more amazing.

You can check out more of Cooper’s work here.