Mystery Animal: Who Is This Fanged Furface? 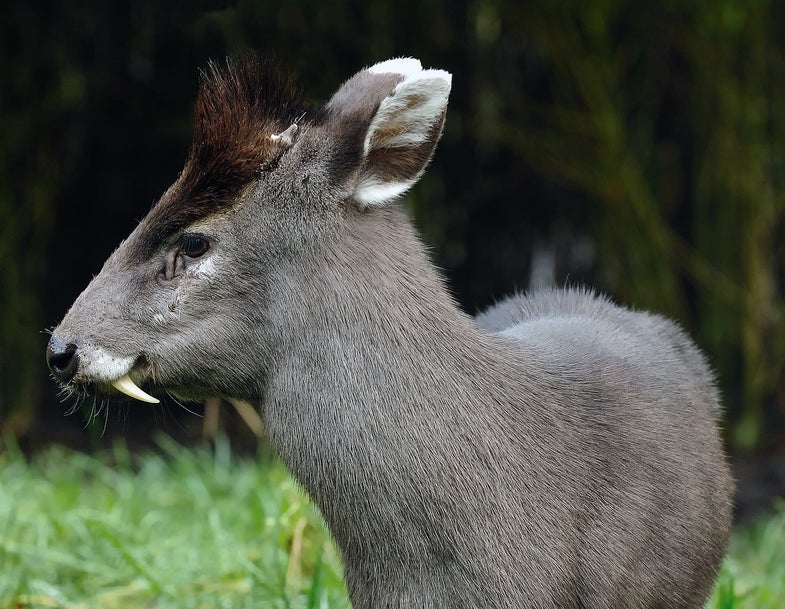 Update: And the winner is…@MeganIsTubular, who correctly guessed that this is a tufted deer! The tufted deer, native to mountainous central China and a bit of Tibet, isn’t closely related to any other deer, though it does look quite a lot like the water deer and musk deer. In fact, its closest relative is the muntjac, but the tufted deer is interesting all on its own. A very shy and elusive creature, the tufted deer lives way up high in elevation, just about at the tree line, and is most active at dusk and dawn (this behavior pattern is called “crepuscular”).

Its most obvious identification signs are its namesake tuft, like a messy mohawk, and the small tusks that can be seen in males. There’s a distinct lack of information about the tufted deer, thanks to its fear of humans and tendency to swiftly hop away whenever it sees one, so we don’t really know the purpose of the tusks. Hi tufted deer!