The Most Relaxing Thing You’ll See All Day: Giant Silver Pillows Swaying In A Church [Video]

And they sound like the sea! Isn't art the best?

Berlin-based media artist Nils Völker has a passion for cushions. Völker’s work often features pillowy sculptures with custom electronics that allow them to undulate and move like waves. “Thirty Three,” his latest solo exhibition installed in the Eglise du Vieux St-Sauveur, an 11th century church in Caen, France, is no exception. The crinkly metallic cushions move with the tides in the harbor of Le Havre, France, the same harbor depicted in Claude Monet’s famous Impression, Sunrise. Every six hours or so, when the tide reaches its highest or lowest point, the movement of the cushions slows and restarts in the opposite direction. 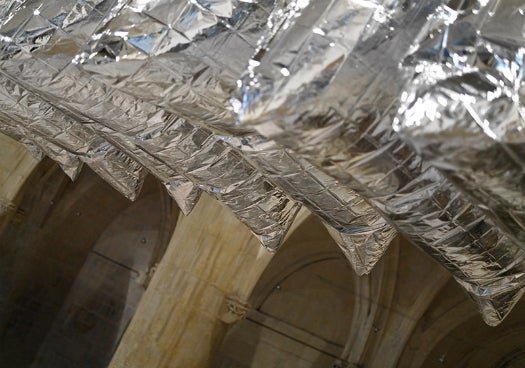 See more of how the exhibition was put together here. 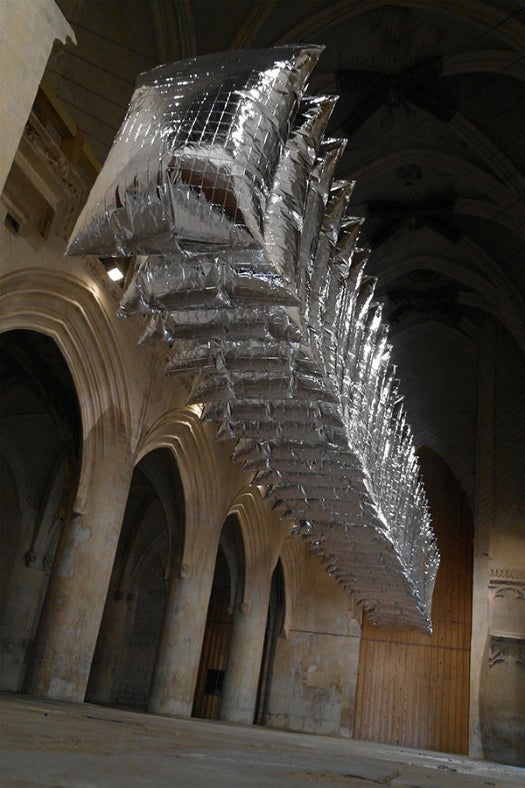