Big Pic: The Solar System Has A Tail

We thought there was something back there, but we hadn't seen it till now. 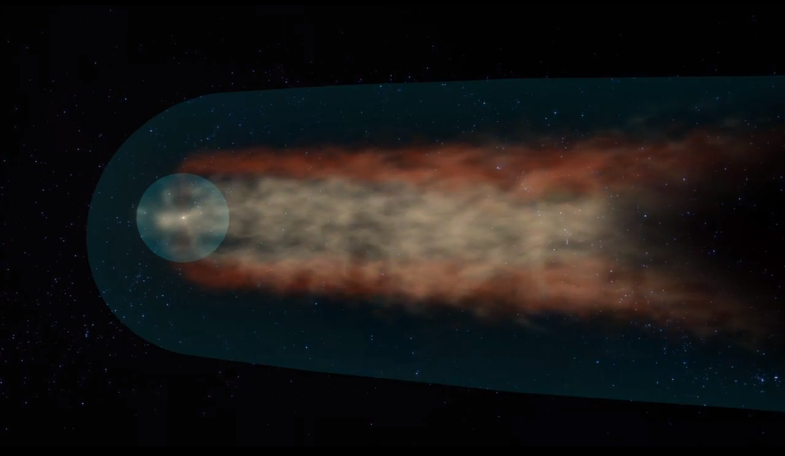 NASA’s Interstellar Boundary Explorer (IBEX) has caught a glimpse of something we’ve long suspected was there, but could never actually observe: Our tail.

Yep, our solar system definitely has one, and it seems to take the shape of multiple lobes, like a 3-D four-leaf clover, made of a combination of fast and slow-moving particles that trail behind us in the solar wind of the heliosphere, the bubble of charged particles around the solar system. 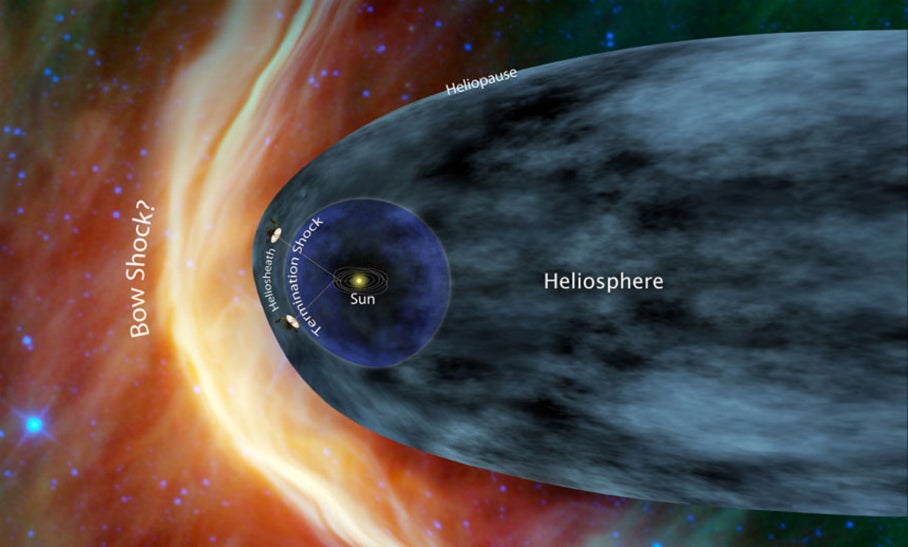 A Map Of The Heliosphere

We’ve managed to spot tails around other stars before, like these: 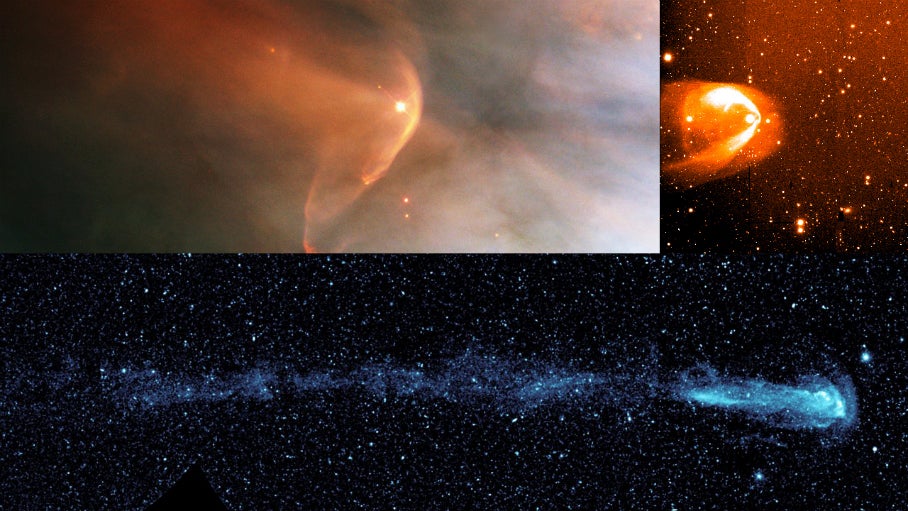 The tails of (from top left) LLOrionis, Mira and BZ Cam.

The particles that make up the heliotail don’t shine, though, so they have been difficult to image. IBEX used energetic neutral atom imaging–measuring the neutral particles that result from collisions of atoms and particles along the boundaries of the heliosphere.

“Many models have suggested the heliotail might be like this or like that, but we’ve had no observations. We always drew pictures where the tail of the heliosphere just disappears off the page, since we couldn’t even speculate about what it really looked like,” IBEX’s principle researcher David McComas said. Scientists still aren’t sure how far the tail extends.

The heliotail is described in a paper in the Astrophysical Journal today.