Corrective Running Shoes Are Based On A Myth

New research suggests that ordinary shoes work just fine for runners with under- and over-pronating feet. 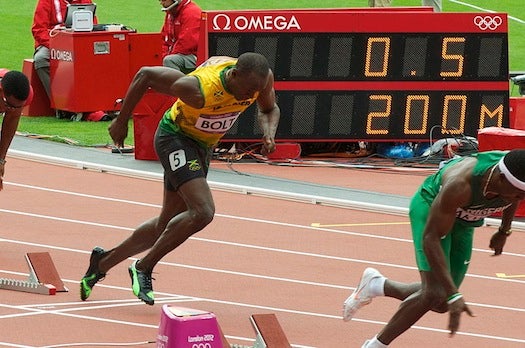 For decades, running shoes have been manufactured in different styles to affect “pronation”: rotational movement of the foot. If you tend to rotate either too far (over-pronate) or not enough (under-pronate) then you need corrective (and often expensive) shoes, so you won’t get injured. At least that’s what the running commentariat tells you.

Turns out, you might be wasting your money. A new study published in the British Journal of Sports Medicine has found that ordinary shoes work fine for runners regardless of how they pronate.

Researchers from Aarhus University in Denmark gave 927 novice runners with different pronation types the same pair of “neutral”–non-corrective–running shoes. (From the study: “A total of 927 novice runners equivalent to 1,854 feet…”) After one year and a combined 100,000-plus miles of running, 252 of the new runners suffered injuries.

Which group had a higher rate of injury? Believe it or not, the over/under pronators actually had significantly fewer injuries on average than the people with neutral pronation.

It isn’t the first study to arrive at such a counterintuitive conclusion. For a study published in 2010, researchers took a group of runners, measured their pronation rates, then randomly assigned them shoes that were designed either for over-pronated, under-pronated, or neutral feet. The runners with the “correct” shoes on actually had the highest rate of injuries. All five of the over-pronated runners given “motion-control” shoes–big shoes actually designed for over-pronators–ended up with injuries.

So what do we know about the relationship between pronation and injury? The researchers behind the latest study are careful to say “[m]ore work is needed to ascertain if highly pronated feet face a higher risk of injury than neutral feet.” I, for one, will be sticking with the cheap non-corrective shoes.