The organism, discovered just five years ago, is closely related to the pathogen that caused the Irish potato famine. 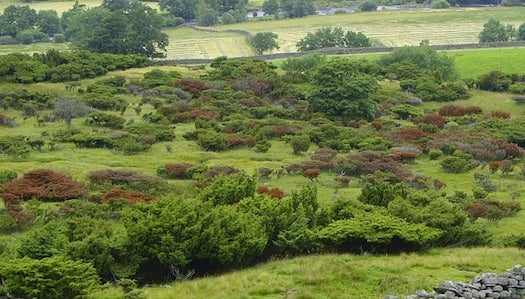 A fungus-like pathogen, first discovered just five years ago, now is wreaking havoc on juniper trees in the U.K.

This is the first time that this mold, called Phytophthora austrocedrae, has ever been seen in Europe. It threatens a tree that’s native to the U.K. and important to ecosystems there. Junipers are known for the berries, which give gin that piney flavor. Most gin companies don’t get their juniper berries from the U.K. nowadays, ABC News reports, but the infection may cross onto mainland Europe. 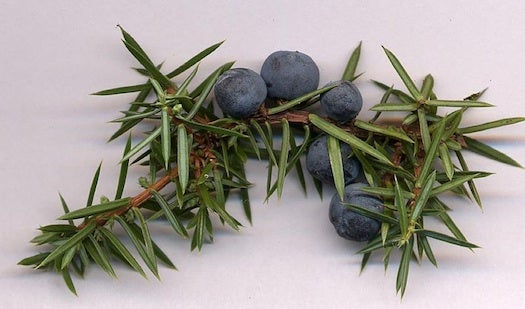 An Phytophthora austrocedrae infection turns tree crowns reddish brown. Inside the trees’ trunks and branches, the wood turns brown in long, tongue-like streaks where it should be white. Infections are “often” deadly, according to the U.K.’s Forestry Commission. Some counties in southern England have lost 60 to 70 percent of their juniper trees, The Telegraph reported last week.

The organism responsible is strangely new to science. Researchers believe it’s been around for at least 50 years, but only first discovered it in Argentina in 2007. The Phytophthora austrocedrae in South America are genetically different from those in the U.K., so the U.K. outbreak probably didn’t come from the Americas, Forestry Commission scientist Sarah Green told ABC. Commission scientists don’t yet know where the U.K. infection came from.

The pathogen shares the same genus as the organism that caused the Irish potato famine. Other Phytophthora species are able to infect almost all of the fruit and nut trees people plant around the world.

Several U.K. government agencies are working together to track infected junipers, prevent infections from spreading and determine the origin of the illness. It’s a new frontier for plant science. Just a couple weeks ago, scientists published a quick DNA test for the disease.