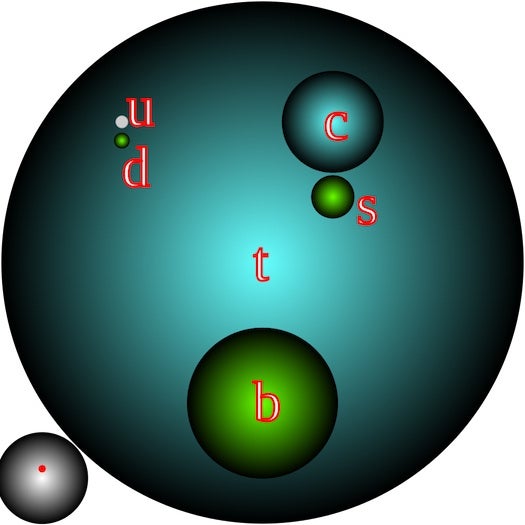 Physicists have observed what they’re confident is the first known particle with four quarks.

This isn’t the first time the Belle detector, housed with the High Energy Accelerator Research Organization in Japan, has appeared to observe a four-quark particle, called a Zc(3900). This time, however, another particle accelerator, the Beijing Electron Positron Collider, confirmed the findings, Nature reported. There’s only a 1 in 3.5 million chance that the observation is not true.

As Nature explains, current physics laws don’t say that four-quark particles can’t exist, but before the Belle observations, physicists only ever saw particles with two quarks and three quarks. Protons and neutrons have three quarks.

Check out Nature for more on the debate over how exactly the four quarks in the Zc(3900) are put together—and whether the particle represents a whole new building block of matter.