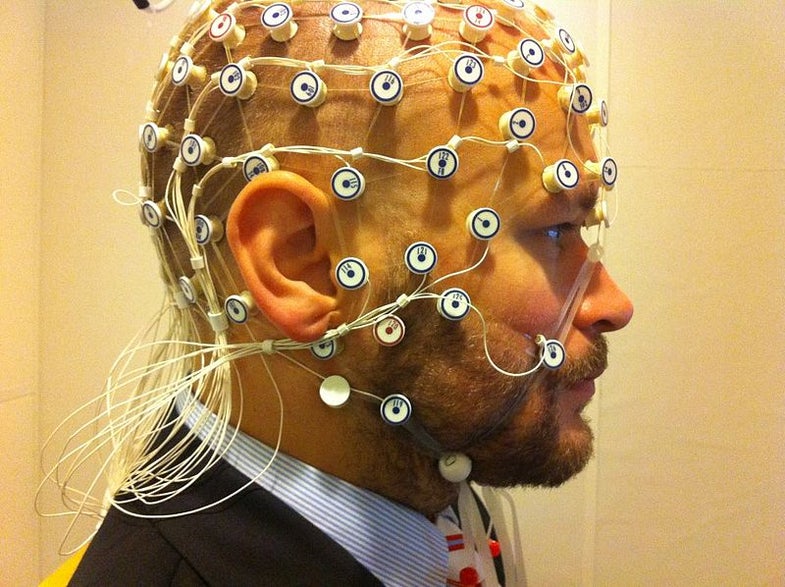 The brain does all kinds of amazing things while you’re not paying attention (you know, like regularly remind you to breathe). But it’s also engaged in less critical but equally interesting tasks, like correcting the grammar of the person sitting across from you at dinner. A University of Oregon study has logged hard evidence that the brain processes and compensates for errors in grammar and syntax without your being aware of it.

In a way that makes perfect sense, and in fact theories have been around for a long time suggesting that where grammar is concerned the brain is often working without the person being aware. But a cleverly designed study has just documented this intriguing aspect of our mental autopilot, and it could have interesting implications for linguistics and the way we learn languages.

The researchers designed their experiment to display 280 experimental sentences to test subjects, some in perfect syntax and grammar and some with overt errors that anyone paying attention should be able to spot (transposed words, misplaced prepositions, etc.). The words were presented visually one word at a time, and an auditory tone would play right before the offending word in the grammatically incorrect sentences. The tone was also played sometime during the correct sentences.

The auditory tone was a simple distraction. Participants were asked to respond to the tone as quickly as possible after hearing it, rating it as low, medium, or high in pitch. And they were also asked to read the sentence and indicated if it was correct or incorrect, grammatically speaking.

When the tone played after the grammatical errors, subjects detected the error 89 percent of the time, and electroencephalography readings of the brain also picked up what’s known as an ERP response (for Event-Related Potential) indicating that the error was noticed and corrected for to make sense of the sentence anyhow.

But when the tones preceded the errors, subjects only consciously detected the errors 51 percent of the time. But the same ERP response was present, indicating that the brain still managed to detect the error and correct for it so the sentence made sense. In other words, the brain was correct in either case, but with the tone distracting the conscious mind the subjects were only aware of the errors about half the time.

Which is pretty interesting, especially where teaching languages are concerned, the researchers say. Children learn grammar implicitly before receiving formal instruction, but in the classroom we often try to teach second languages in the opposite way–learn the grammar rules explicitly, then build vocabulary around them. This research suggests that may be backward, that our brains should learn the grammar rules implicitly without thinking too much about them. After all, it’s the unconscious brain that seems to have the better handle on grammar anyhow. The conscious brain is too busy being distracted to notice.