To celebrate the birthday of German microbiologist Julius Richard Petri, inventor of the eponymous dish, Google has created a very... 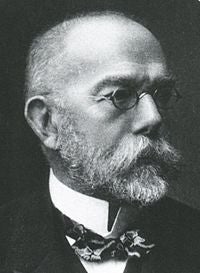 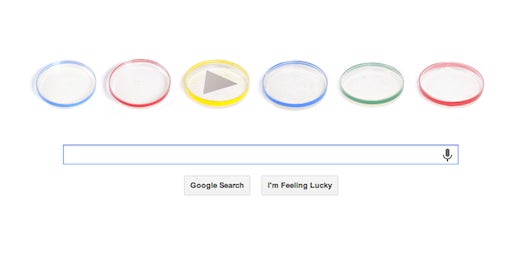 To celebrate the birthday of German microbiologist Julius Richard Petri, inventor of the eponymous dish, Google has created a very germ-y, somewhat unsettling Doodle. The animation shows a gloved hand smearing samples into six Google-colored Petri dishes. Over the next few seconds, some pretty gnarly looking bacterial cultures grow in each dish, spelling out G-O-O-G-L-E (of course). Mouse over each culture and a bubble pops up displaying the origin of each type of bacteria. The germs from a dog’s mouth are the grossest, with the keyboard bacteria a close second (hold on, need to grab some Clorox wipes stat.)

Petri lived from May 31, 1852 to December 20, 1921. He invented the dish when he was an assistant to Robert Koch, the founder of modern bacteriology who helped develop the concept of infectious disease.