Why Your Beer Gets So Warm On Humid Days

And what this can teach us about koozies--and climate change. 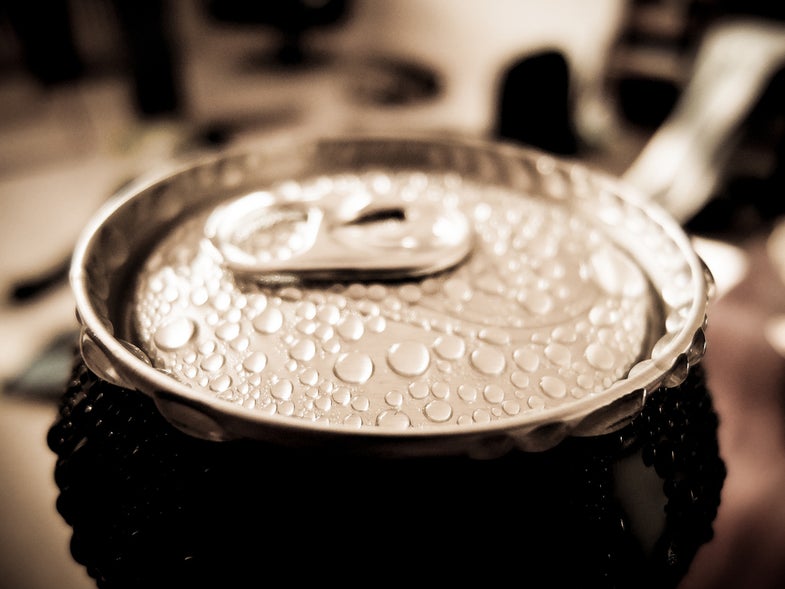 Today in Very Important Science: beer koozies are even more crucial than you think. When you pull a beer out of the fridge, the condensation that builds up on the outside of the can releases heat, warming your drink twice as much in humid weather compared with dry weather, researchers found recently. Beer koozies, you see, are priceless protectors of the cold.

Researcher Dale Durran, of the University of Washington, arrived at this conclusion while trying to teach concepts like evaporative cooling and heat caused by condensation; he figured a cool drink on a sultry day served as a good example. He calculated how much warmth comes from water droplets on the outside of a can. Water just four-thousandths of an inch thick could warm the can’s contents quickly, he found. In New Orleans, for instance, a can on a summer day would warm up by 6 degrees in 5 minutes.

“Probably the most important thing a beer koozie does is not simply insulate the can, but keep condensation from forming on the outside of it,” he says.

Durran, a theorist, and atmospheric scientist Dargan Frierson double-checked the phenomenon on a toilet tank, using a space heater and the shower to generate bathroom humidity. Then they realized they needed a larger experiment. Here’s what they did: 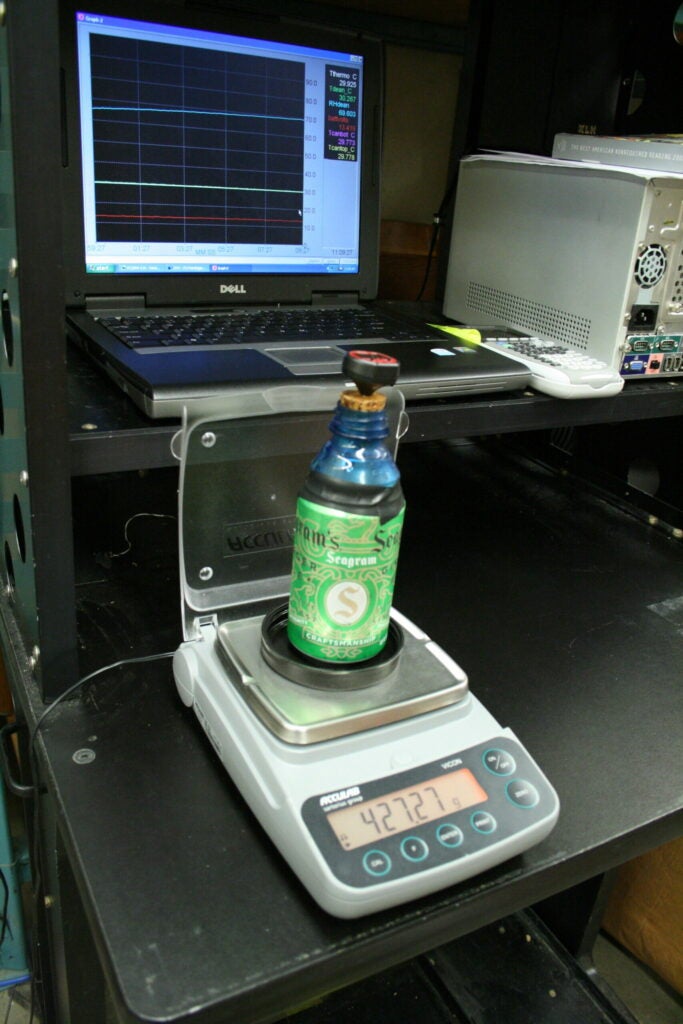 The cap prevents air from moving through the opening in the can. The can was first cooled down in a bucket of ice water, then dried off to remove excess moisture. Then it was weighed. After five minutes, undergrads weighed the can to measure condensation.

This is all fun and games, but it actually has an important bearing on climate change research. Warm air can hold more moisture, which is why it gets so absurdly sticky in places like St. Louis and New Orleans during summer. So warmer atmospheres could hold more moisture, driving more powerful thunderstorms–they’re driven by heat released from condensation in warm summer air.

The experiment, and some background material explaining it, is published in this month’s issue of Physics Today.