ALMA is finally being unwrapped, and your telescope correspondent is going to Chile to see it. 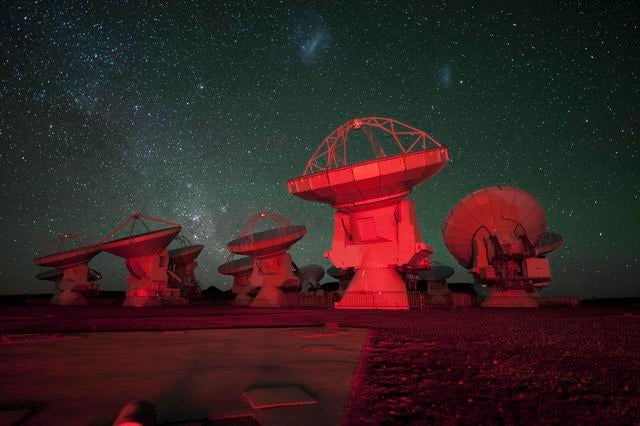 A new radio telescope that can hear the faintest heartbeats in the universe–colder and farther back in time than anything to come before it–is about to be officially switched on in the Chilean Andes. The Atacama Large-Millimeter/sub-millimeter Array, or ALMA, is the grandest ground-based observatory ever built.

The National Radio Astronomy Observatory, which is one of the partners that built ALMA, is taking a group of journalists to the Chajnantor Plateau next week. I’m headed down with them to see the 66 radio dishes that make up the array, clustered together at 16,400 feet. (I hear we might also see some alpacas.)

ALMA will study the birth of stars and planets, the evolution of galaxies, and even detect the origin of molecules in the far-flung reaches of the cosmos. There will be a lot to share as the governments of Chile, the U.S., and several European nations gather to officially get it started–so stay tuned for the latest, live from South America.