Yes, You Can Tell From His Face What Your Dog Is Feeling

People can correctly identify a wide range of dog emotions by sight. 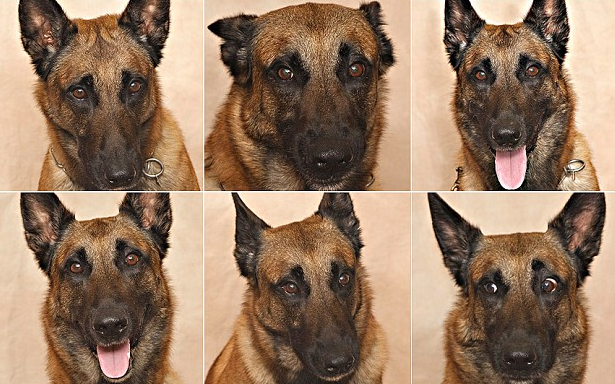 People can reliably read a dog’s facial expressions, suggesting humans are finely tuned to detect emotions even in other creatures. Behavioral scientists have long known that people can accurately read other humans’ emotions, but this study suggests our empathy extends to other members of the animal kingdom.

While a Ph.D student at Walden University in Florida, Tina Bloom worked with Harris Friedman and a dog named Mal at the Pennsylvania Department of Corrections. Mal, a 5-year-old Belgian shepherd and trained police dog, was subjected to a variety of stimuli, and the researchers took pictures of his reactions.

For instance, in one experiment the researchers praised him, trying to elicit a happy reaction; Mal looked at the camera with his ears erect and tongue lolling. Then they reprimanded him, and Mal’s ears flattened, he looked down and his eyes became mournful. They used a jack-in-the-box to surprise him; foul-tasting medicine to disgust him; nail trimmers to strike fear into his heart; and so on. One of the researchers even pretended to be a criminal, and Mal got angry. Then the team showed 50 volunteers photographs of these reactions, and asked them to categorize his emotions.

In an interesting twist, people who don’t own dogs were sometimes a better judge of a dog’s emotions. This might indicate that dog owners convince themselves their pets are not angry or disgusted–they’re just playing. It could also mean that understanding a dog’s emotions is a natural ability, not a learned one. I think I can read many of my dog’s emotions, which is easy because they follow a spectrum of general nervousness at all times. Below, my border collie Sadie registers what I view as anticipation, frustration and “squirrel.”

Bloom told the Telegraph she wanted to continue the research to determine whether this emotional connection extends to all mammals, or just dogs, which have evolved alongside humans for 100,000 years. Her dissertation is published in Behavioral Processes.