These brains of these nematodes are two of a kind -- except one is predator and one is prey. 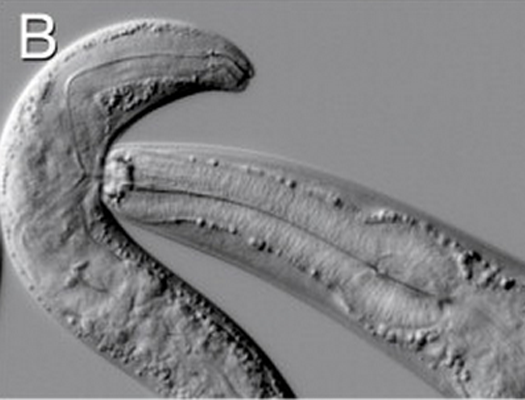 Two species of worms have the same set of 20 neurons that control their foregut (a digestive organ located, naturally, near the front end of the worm. The way those neurons are wired, though, completely changes their behavior.

Caenorhabditis elegans eats bacteria, while its worm cousin Pristionchus pacificus, while able to subsist on bacteria, also eats other worms. While C. elegans uses a grinder to break up bacteria, P. pacificus develops teeth-like denticles to puncture its prey.

“These species are separated by 200 to 300 million years, but have the same cells,” researcher Ralf Sommer told New Scientist. However, they found the synapses were wired vastly differently, leading to a substantial change in the way information flows through their neural system. 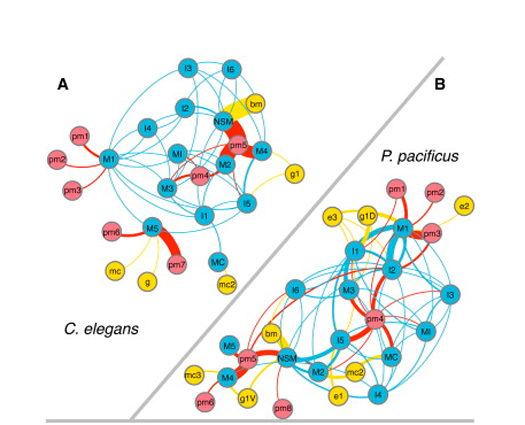 The same system of neurons is wired very differently between the two species of worms.

The paper can be found in the January 17 issue of Cell.

Can’t get enough worm-on-worm violence? You can watch how P. pacificus devours C. elegans in the video below: