Actually, Germany has significantly less sun--they're just putting their rays to better use. 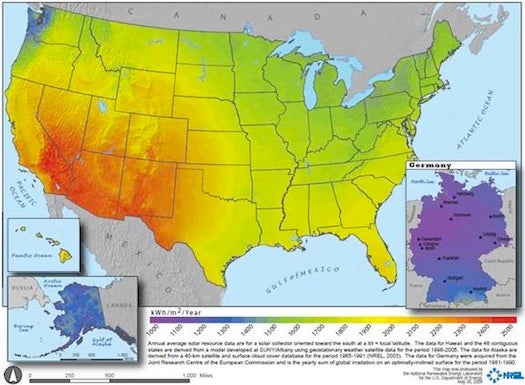 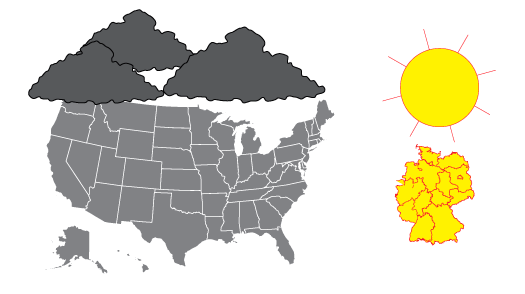 In this segment of Fox & Friends, called “Pulling the Plug: The Dim Future of Solar Power,” co-host Gretchen Carlson asked asked Fox Business reporter Shibani Joshi why Germany has been able to generate so much more solar power than the U.S.

“What was Germany doing correctly?,” Carlson asked. “Are they just a smaller country, have they make it more feasible–“

Well, no. What Germany has a lot of are solar panels. Their solar potential, however, pales in comparison with the U.S.:

Photovoltaic Potential in The U.S. and Germany

The fact that Germany produces over four times the solar energy as the U.S. has a lot to do with the country’s aggressive solar subsidies, which make U.S. solar subsidies look like peanuts.