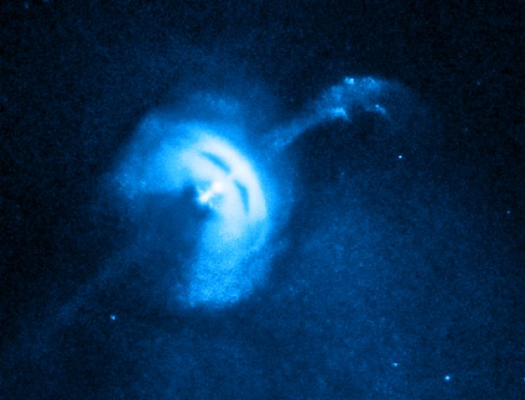 The actual pulsar is just 12 miles across (see the labelled image below), but the stream of particles it’s emitting extends over 4 trillion miles into space. The pulsar’s enormous power comes from the fact that it is unimaginably dense: a thimble-full of neutron star has about the same mass as six billion people. (That’s because it formed after a giant star exploded 10,000 years ago, in a supernova that ripped apart atoms and sent everything lighter than the nucleus flying off into space. The remaining neutrons condensed to form the neutron star.) 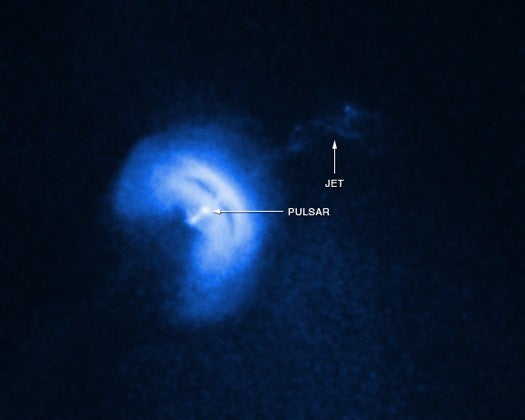 You may have noticed the helix-like shape of the jet stream coming off of Vela–scientists think that means that the pulsar may be precessing, or wobbling, on its axis as it spins, like this: