Politics Is Most Important Factor For Climate Future, Study Finds

Maybe we can all just agree on this one? 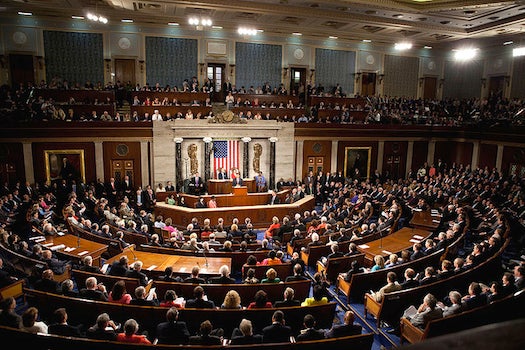 An analysis in Nature has confirmed what we already knew: politicians need to hurry up if we’re going to stop climate change. What’s more, the longer they wait, the more it’ll cost them–and taxpayers–to fight the problem. (Good thing everything has been going swimmingly in Congress as of late.)

The researchers behind the study knock down the excuse that waiting until scientific and technological “uncertainties” are cleared up is worth delaying action. For example, one common goal is to keep global temperature at no more than two degrees celsius above pre-industrial levels. The analysis calculates the odds of staying below that two-degree line if countries work to meet target emissions by a certain year:

As for cost: if action started in 2015, the analysis states, it would cost 60 dollars to get rid of each metric ton of carbon dioxide, or the equivalent of another greenhouse gas. But waiting until 2020 would raise the cost to $150 per metric ton.

No one ever went broke betting against politicians taking swift action, but we can at least hope it makes financial sense for our leaders in this case.