It's a publicity stunt, but a good one. Chen Guangbiao wants to bring attention to China's air quality problem before it's too late. 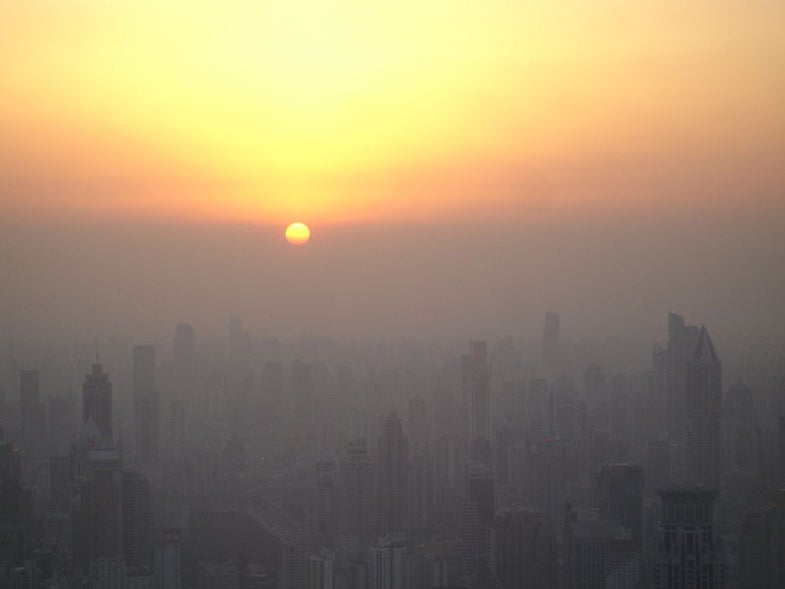 Here’s a publicity stunt that we can unequivocally get behind: Chinese billionaire entrepreneur Chen Guangbiao has released a line of designer canned air in China to offer urban citizens something to breathe besides the fume-choked smog that blankets cities there, a problem particularly visible in Beijing. Guangbiao hopes his canned air will bring more attention to China’s air quality problem and provoke citizens to push the government for change to pollution standards.

Increased pollution standards are something China could certainly benefit from. The Sydney Morning Herald reports concentrations of the smallest and most hazardous airborne particulates have been through the roof in recent days for the second time this month. The EPA’s Air Quality Index cannot even register levels above 500, which are something like 20 times what the World Health Organization deems safe. At the American Embassy in Beijing, the index has been hanging around in the 300-500 “hazardous” range since Friday.

And that’s just this week. Smog has been so bad lately that even China’s tightly controlled national media has been groaning to party leadership about it. NASA satellite images have shown northern China under a thick haze since New Year’s, rendering many cities invisible from space. That’s why Gunagbiao hopes his designer air, which comes in flavors such as “pristine Tibet” (sure to rankle the leadership), “post-industrial Taiwan” (also a hot-button locale, geopolitically speaking), and “revolutionary Yan’an” (that’s the Chinese Communist Party’s historical place of origin).

Another piece of news coming across our desks this morning: China is now burning roughly the same amount of coal as the rest of the world combined. Perhaps the stories are related?