After the Higgs boson, what new discoveries will we make? 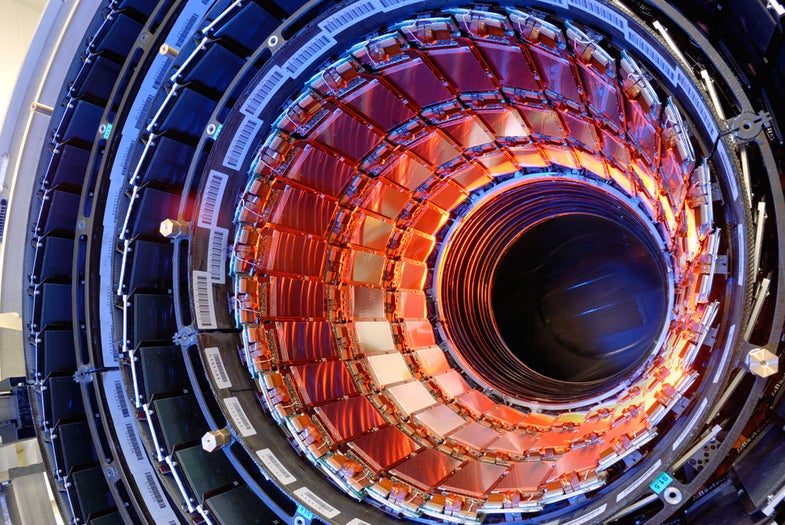 On July 4, 2012, a panel of scientists at the Large Hadron Collider in Geneva announced the discovery of a new particle, the long-anticipated Higgs boson (or something very much like it). The Higgs is the final piece of the Standard Model of particle physics, a theory that accounts for everything we experience in our lives, from rocks to puppies to stars and planets. After decades of searching and billions of dollars, the Higgs discovery marked the end of one era and the beginning of another, which scientists will embark upon in 2013.

If the previous era was about understanding the physics of everyday stuff, the next will be dominated by the attempt to grasp more elusive realms, including one of the most mysterious of all: dark matter. Astronomers have verified that the universe has about five times more matter than we can account for with the “ordinary” particles we’ve discovered here on Earth. The rest is dark matter. Physicists haven’t observed it directly yet, but they’re getting much closer.

Several different detectors are currently searching for dark matter underground, conducting experiments designed to sense a dark matter particle scattering off the nucleus of an ordinary atom. A couple of them have already yielded tantalizing evidence—not enough to convince most physicists, but enough to get people excited. The LUX detector, recently installed in a South Dakota mine, should prove the most sensitive one yet when it begins collecting data in 2013.

Alternatively, dark matter could be found by looking up into space. Scientists analyzing observations of cosmic gamma rays in 2012 discovered an unusual excess at a particular energy emanating from the center of our galaxy. One explanation for the signal is that dark matter particles are colliding and converting into high-energy radiation. This coming year will no doubt bring new data, better analysis, and maybe, just maybe, evidence that pins down dark matter once and for all.