“Hey, while you’re there, could you grab us some data?” 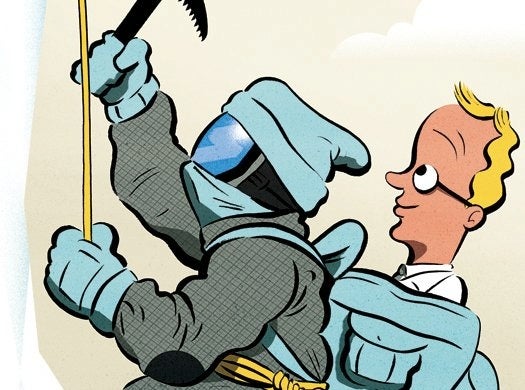 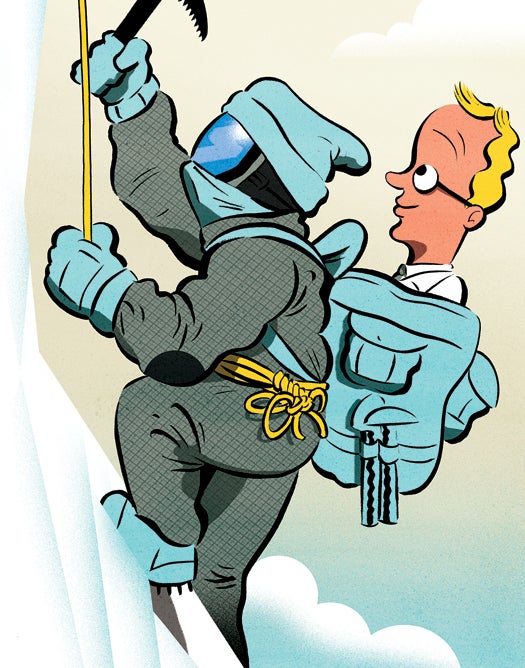 More and more science takes place on computers, but hard data still comes from the material world. To learn about, say, harmful algae blooms or high-altitude flora, researchers must travel to some of the hardest-to-reach places on Earth.

Gregg Treinish, a respected trekker, spent his twenties in such places. National Geographic Adventure hailed him among their Adventurers of the Year in 2008, after he hiked 7,800 miles through the Andes, but Treinish was beginning to feel “selfish” about his adventures. Wasn’t there some greater purpose to reaching all that remote beauty? Then, in 2010, inspiration struck: What if scientists could ask athletes like him, “Hey, while you’re there, could you grab us some data?” “In November I had the idea,” Treinish says. “By January, I had incorporated, and by April, it was full time. Now I have a staff.”

Mountain climbers have discovered new diatoms. Kayakers have sampled algae.His organization, Adventurers and Scientists for Conservation, relies on a few recent innovations: social media for matching scientists to volunteer athletes, videoconferencing for teaching the athletes how to preserve biological samples, and specialized smartphone apps to help them record data properly. Since its founding, ASC has matched more than a thousand athletes with a hundred or so individual research projects. Mountain climbers have discovered new species of diatoms, and kayakers have sampled algae blooms as they paddled from Seattle to Ketchikan, Alaska. In one of ASC’s first matchups, Damian and Willie Benegas, identical twins from Patagonia, collected moss from a forbidding rock face 21,260 feet up Mount Everest, the highest place that plant life has been found. Researchers at the University of Washington are now studying how the moss survives extreme temperatures and ultraviolet radiation—conditions increasingly present at lower elevations—to help farmers produce crops that can survive climate change.

The technology is simple, but ASC solves a hard problem. Most crowd­sourcing projects—SETI@home, the X Prize—connect one crowd to one objective. Treinish connects one crowd to another crowd entirely. Or in this case, he reconnects them. “Adventure and
science have always been closely linked,” Treinish says. “The early explorers were scientists; Darwin was an adventurer.” Now they’re rediscovering their common ground.