An X-ray nova lit up the sky enough for NASA's Swift satellite to spot it. 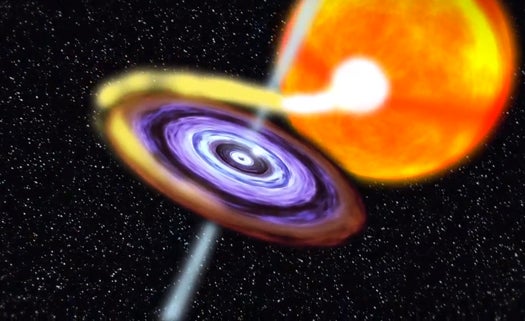 We could say NASA has just discovered a never-before-seen black hole, but it might also be true to say a new black hole just threw up signal flares and shouted at us to discover it.

A rare X-ray nova–a release of X-ray energy–was first caught by NASA’s Swift telescope in September. Scientists focused in on it and unraveled a story: the black hole formed a binary system with a nearby star, sucking in gas, then eventually releasing it. It’s a rare event–the first one the Swift satellite has ever seen.

It’s hard to tell exactly how far away the black hole is, but NASA’s estimates peg it at between 20,000 and 30,000 light years away. See the full explainer on it below.