“Designer Electrons” Can Be Custom-Made for Future Devices

Electrons were fooled into behaving as though they were in a magnetic field, with no magnets around 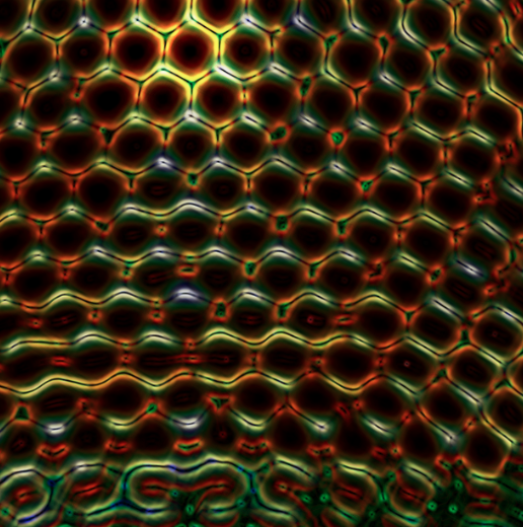 Researchers at Stanford and the DOE’s SLAC National Accelerator Lab have created a new kind of graphene that promises the first-ever “designer electrons” that can be custom tuned to exhibit exotic properties. This “molecular graphene” could lead to whole new types of materials with new electrical properties, which in turn could spawn whole new kinds of devices.

The way electrons conduct their business is central to just about everything we consider modern electronic technology. For the most part, those properties are fairly well-defined, and we manipulate those properties to create everything from better batteries to larger memory storage devices to faster computer chips. The advent of graphene has opened the door to whole new kinds of materials with strange new electronic properties, a niche of materials science whose surface is only beginning to be scratched.

The Stanford/SLAC team’s findings, reported today in the journal Nature, definitely put another deep divot in that surface. The team reports that it has created custom-made honeycomb-shaped structures that are inspired by graphene but that are tuned to make electrons behave in ways that are different even from their strange behavior in regular graphene.

All that is to say that they were able to tune the electrons in predictable ways without actually introducing, say, a magnetic field to them. This ability to purposefully change electron behavior is new, and something that could lead to a range of designer structures beyond molecular graphene that could have very useful nanoscale electrical properties.