Ed Adams, an engineering professor at Montana State University, used to study avalanches from inside a fortified shack. He would... 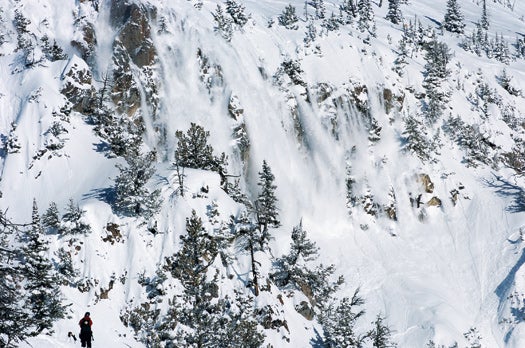 Ed Adams, an engineering professor at Montana State University, used to study avalanches from inside a fortified shack. He would attach his shack to a boulder on a mountain, set small explosives in the snowpack, and trigger an avalanche, surrounding the shack.

“Once snow gets on the ground, it’s in an ongoing state of change,” Adams says. That changeability makes the snowpack dangerously unpredictable. Scientists such as Adams know a lot about avalanches in general but very little about their inner workings.

Adams has since moved from his shack into the Subzero Research Facility at Montana State, where he now studies snow by growing it in “cold rooms” (about –5°F). In the room, he blows air over a small water reservoir that he keeps at 65°. He then channels water vapor up a chimney and into a cat’s cradle of strings, where the vapor crystallizes. When he plucks the strings, snowflakes fall. Adams collects his snow in a box and carries it into a different room, one with a refrigerated ceiling, simulating what snow experiences outdoors under a cold winter sky. He is interested in radiation recrystallization, a phenomenon that occurs as snow deeper in the pack becomes warmer than that at the top. Once he has warmed the snow with lamps, he adds more, cuts the frosty layers in half, paints spots onto the side of the snow, and sets up a camera. A computer program records the movement of the paint specks while Adams top-loads and stress-tests the snowpack. “We track the deformation of the snow until failure,” he says, and he works with forecasters to help find the same kind of unstable spots on mountains. 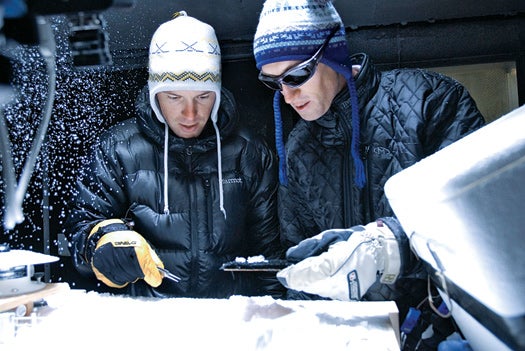 Little is known about the inner workings of avalanches. By force-testing custom snow in labs, scientists are learning how snow instability works.

Arthur Tyndall, an engineer in New Zealand, designed a snow probe that reveals unstable layers of snow. The probe is a small vane mounted in a long steel rod. Users spin the vane and drill the rod into the snowpack. As the device rotates, it measures resistance based on how freely the vane spins.

Chris Borstad, a physicist at NASA’s Jet Propulsion Laboratory in Pasadena, California, designed a handheld blade with force sensors that measure the resistance the blade encounters when it is driven into the snow. With that measurement, scientists can better understand the stability of the snowpack.