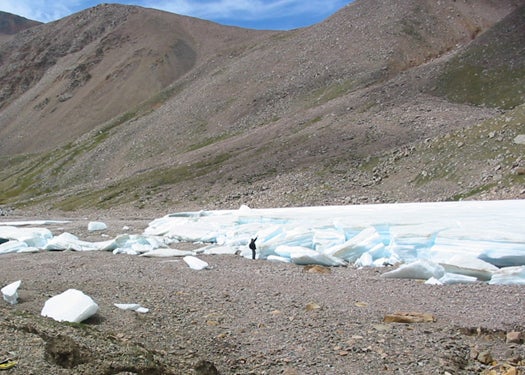 This month, Mongolia will launch a project creating a huge manmade ice block to combat the sweltering summer in the capital city of Ulan Bator. As the ice melts, it will cool the city and provide fresh drinking water.

The $750,000 geoengineering project, one of the world’s largest ice-making experiments, seeks to artificially make “naleds,” ice sheets that form along frozen streams and rivers. In Mongolian river beds, layers build up as new water flows onto the surface and freezes, forming ice caps that can build up to more than seven meters thick.

Anglo-Mongolian engineering firm ECOS & EMI will drill holes in the Tuul river as soon as ice forms, so that fresh water will bubble up and freeze, then repeat this process to create a naled so thick it will take months to melt. The hope is that the project will serve as a model for other northern cities to save energy, repair permafrost and combat rising temperatures.