Pluto may not be a fully fledged planet, but at least it’s not the dwarfiest of dwarf planets. Its sibling,... 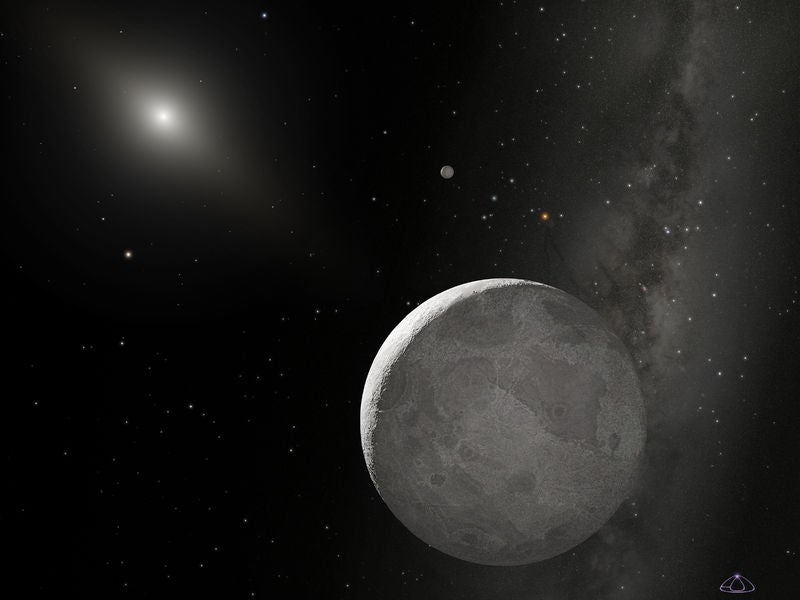 Pluto may not be a fully fledged planet, but at least it’s not the dwarfiest of dwarf planets. Its sibling, Eris, is not as large as astronomers thought, according to a new study. A rare stellar blockage event last year helped astronomers obtain some new measurements of the distant icy world, and they say it is quite dense and it may develop a feeble atmosphere as it moves closer to the sun.

Eris was discovered in 2005 and is partly responsible for knocking Pluto out of the planetary pantheon, because it’s more massive than the object-formerly-known-as-a-planet. It is supremely far away, almost 100 times farther away from the sun than Earth is, so it’s difficult for astronomers to characterize it. Putative measurements have suggested Eris was much bigger than Pluto, as well as more massive, but that turns out not to be the case.

Astronomers led by Bruno Sicardy of the Paris Observatory and the University of Pierre and Marie Curie derived the new measurements after a rare stellar occultation on Nov. 6, 2010. This means the small planet temporarily blocked the light from a background star and cast a wee shadow toward Earth. Astronomers were able to use two separate telescopes to measure the shadow and how long it took for the star to reappear, arriving at a new measurement of the planet’s size. (Astronomers were already pretty sure of its mass because of the way it interacts with its small moon, Dysnomia.)

Eris is 1,445 miles in diameter, just 10 or so miles wider than Pluto, which rings in at 1,432. So it is still bigger, but only a tad. This size relative to its mass also means it must be a dense, rocky world, the astronomers report. Also noteworthy is its greater-than-expected brightness, the astronomers report in the journal Nature. It is covered in a thin shell of methane ice, and is one of the brightest objects in the entire solar system, they say. The team found Eris’ atmosphere is about 10,000 times more tenuous than Pluto’s present atmosphere, and they suggest that it fades away as the planet moves farther away from the sun in its elliptical orbit.

All in all, the occultation event enabled a major leap in scientists’ understanding of large Kuiper Belt objects, said Amanda Gulbis, an astronomer at the Southern African Large Telescope and South African Astronomical Observatory in Cape Town, writing in Nature. “Whether they are called planets or not, there is clearly still much to learn about these distant, icy bodies,” she wrote. 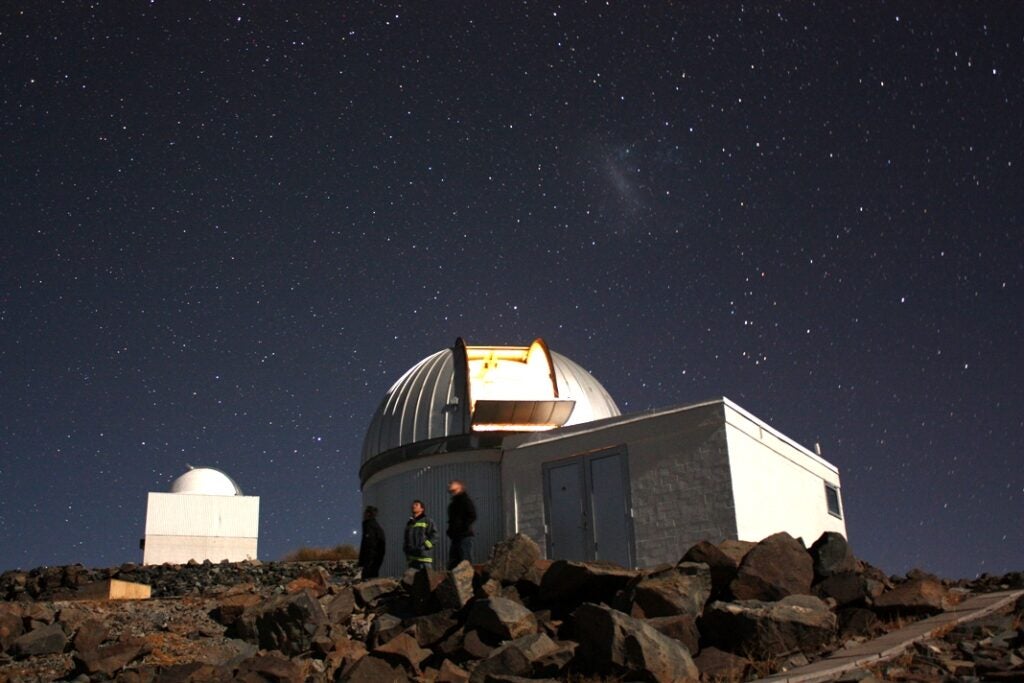 Moonlight over the 60-cm TRAPPIST (TRAnsiting Planets and PlanetesImals Small Telescope) at La Silla, Chile, where one of the Eris occultation light curves was obtained.