The world’s largest astronomical facility has opened its eyes, turning nearly two dozen antennae toward the heavens to study the... 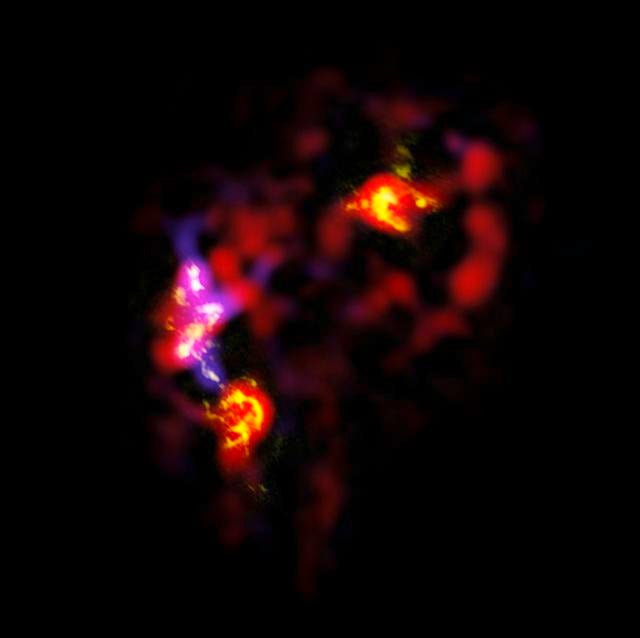 The world’s largest astronomical facility has opened its eyes, turning nearly two dozen antennae toward the heavens to study the building blocks of the cosmos. The Atacama Large Millimeter/submillimeter Array consists of 20 radio antennae for now, but will contain 66 by 2013, giving it a higher resolution than the Hubble Space Telescope.

Appropriately enough, the first images captured the Antennae Galaxies, a pair of colliding galaxies replete with stars and stellar nurseries. ALMA’s 39- and 23-foot dish antennae can resolve areas of dense, cold gas that other telescopes could not detect.

ALMA sits in the high Chilean desert, about 16,000 feet above sea level and above much of the interfering atmosphere. These pictures were made with 12 telescopes situated relatively close together; science observations during the next few months will be even clearer.

Closer-situated antennae yield a wide field of view, so astronomers can search for items they want to study in more detail. Moving the antennae farther apart provides a narrower focus, like using a finer lens on a regular telescope. Instead of tunable knobs, ALMA has 192 separate antennae pads for the huge dishes to be moved around.

Astronomers submitted more than 900 research proposals for the telescope’s first 9 months of observations, which the European Southern Observatory whittled down to about 100. A few key subjects:

ALMA observes light at millimeter and sub-millimeter wavelengths, allowing observations of the farthest and oldest phenomena in the observable universe. It’s powerful enough to study the cold, dark remnants of exploded stars, including the first stars, which died a few hundred million years after the Big Bang — that’s an era known as the cosmic dawn.

While this is all going on, more of the 100-ton antennae will keep being added until the observatory is complete sometime in 2013. 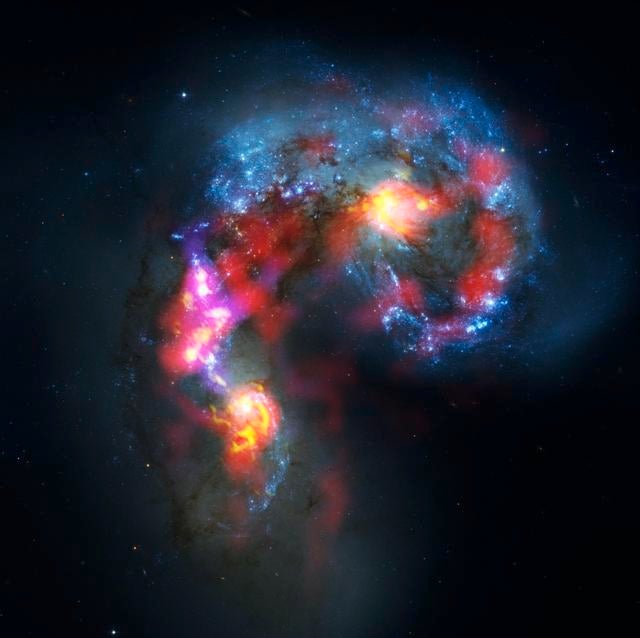 This image combines data from the Hubble Space Telescope and the ALMA network. Appropriately enough, it depicts the Antennae Galaxies, a pair of distorted colliding spiral galaxies about 70 million light-years away in the constellation Corvus (the Crow). ALMA, the world’s most complex ground telescope, is an array of radio antennae.