Not so fast, Homo habilis. The australopithecine currently viewed as one of the earliest human ancestors may have just been... 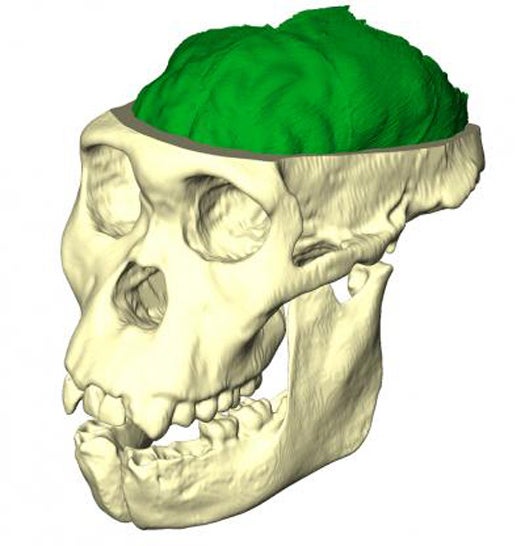 Not so fast, Homo habilis. The australopithecine currently viewed as one of the earliest human ancestors may have just been pushed to the evolutionary backseat. A new analysis of another australopithecine, Australopithecus sediba, has revealed that sediba is not only the most human-like australopithecine found to date, but that it’s so similar it might just be the ancestor from which early humans evolved.

Australopithecus sediba fossils were first located in 2008 in South Africa, but they were identified as having come too late in the fossil record to have pre-dated the Homo line from whence modern humans came. But a series of five papers appearing in tomorrow’s edition of the journal Science reveal loads of new analysis on sediba, including the fact that it did in fact predate Homo erectus and also that important elements of its anatomy are remarkably similar to those of modern humans.

Particularly telling is the brain: by mapping the contours of the skull’s interior, researchers can rebuild a model of sediba’s grey matter, and what they found is that even though the brain had not yet expanded as it later would, the frontal lobes–the source of abstract reasoning and cognitive function–were already more human-like. That finding suggest the neurological changes that paved the way for the modern human brain may have begun before the brain enlarged.

The hands and feet indicate that sediba both climbed trees and walked upright, and its hands are capable of tool use (though it seems unclear at this point if sediba was a toolmaker). And the pelvis is seriously human-like as well–which says a lot about the similarities between how sediba walked and how we walk (and give birth, for that matter).

All of that means that sediba is more similar to us than even Homo habilis, the species that up until now was the front-runner for “earliest human ancestor” status. Sediba could be the bridge between the many australopithecines and Homo erectus. Bad news for Homo habilis, but good news for the human family tree.