If you live in the eastern time zone, odds are you’re battening down the hatches in advance of Hurricane Irene,... 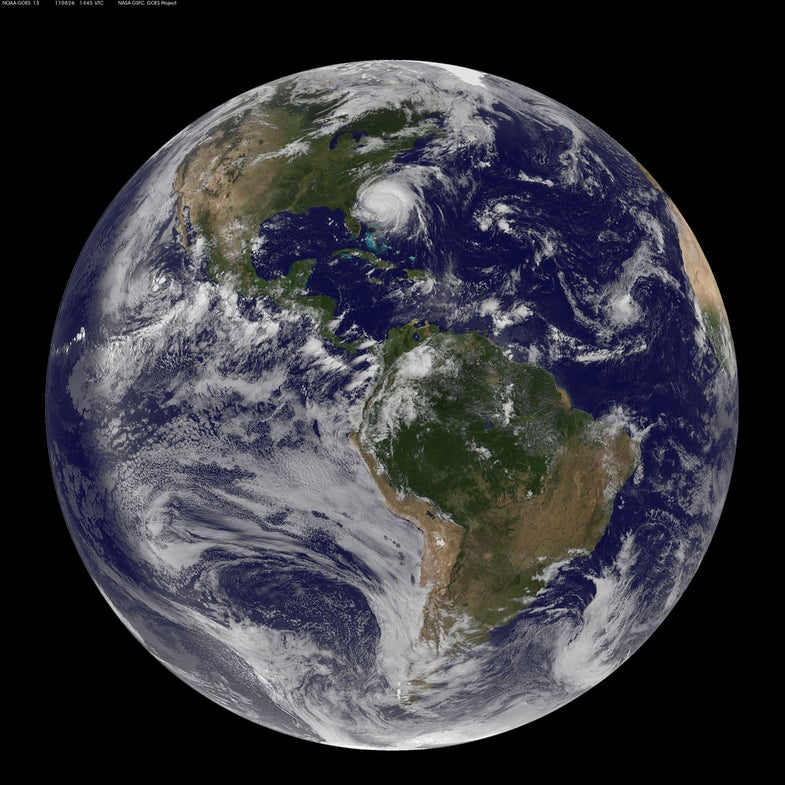 If you live in the eastern time zone, odds are you’re battening down the hatches in advance of Hurricane Irene, a Category 2 monster threatening much of the eastern seaboard. Coastal communities are under mandatory evacuation orders in several states. This NASA Goddard image from Friday morning makes it clear this storm is no joke.

Evacuations are under way in several boroughs in New York, which apparently has never happened before, and the city’s subway system is shutting down at noon tomorrow. Multiple states are under emergency status, Atlantic City is closing casinos, college students are not allowed to move into their dorms, and disaster planners are bracing for power outages from the Carolinas to New England.

Irene has weakened slightly, but the storm could strengthen before it makes landfall, which is expected to happen in North Carolina on Saturday. From there, it will track north through the Chesapeake Bay and the Delaware, Maryland and Virginia peninsula, eventually moving through New York City, where it could still be a Category 2 storm. It will eventually pass through Quebec before petering out in the Labrador Sea.