Astronomers are finding more and more of life’s key ingredients in deep space, from amino acids to a huge water... 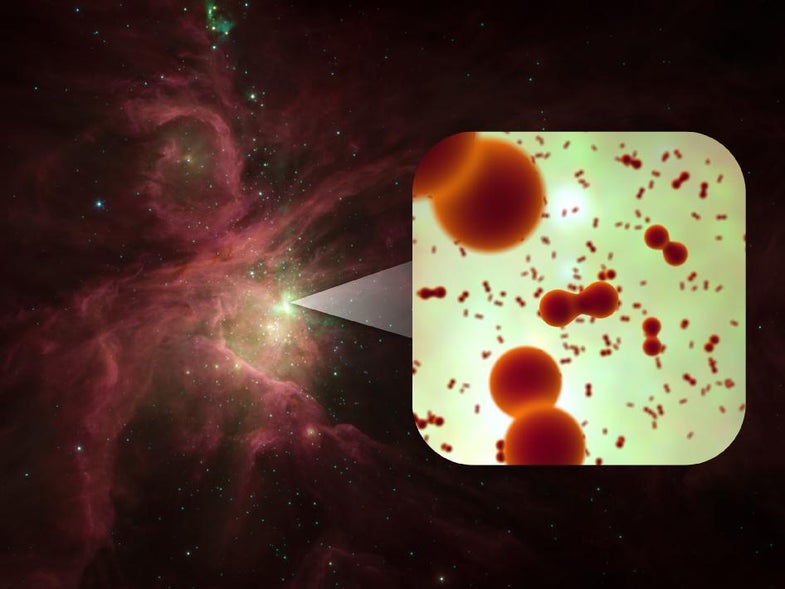 Astronomers are finding more and more of life’s key ingredients in deep space, from amino acids to a huge water reservoir, and now molecular oxygen.

Teams working with the Herschel Space Telescope have confirmed finding O2 in the Orion nebula, the first time scientists have been able to pinpoint the crucial yet simple molecule.

Oxygen is the third-most abundant element in the universe, so surely its molecular form is abundant in space, said Bill Danchi, Herschel program scientist at NASA, in a news release. Individual atoms of oxygen are very common, especially around stars, so it’s sort of odd that scientists have not been able to find large quantities of O2. They have been using balloons and space- and Earth-based telescopes to hunt for it, but to no avail.

Now Danchi, Paul Goldsmith and other NASA scientists have a new paper that may explain where the O2 is hiding — locked up in water ice that coats interstellar dust. They found some O2 in the Orion star-forming region, where starlight probably warmed the dust and released water, which was then converted into oxygen molecules.

But the researchers didn’t find very much of it, and still can’t explain where the rest of it is. “The universe still holds many secrets,” Goldsmith said.

Molecular oxygen makes up about 20 percent of the air we breathe on Earth, and is a crucial ingredient for metabolism throughout the animal kingdom. If life forms in other places resemble life forms here, then they, too, might require O2.

Goldsmith and colleagues plan to keep looking for more O2 in other star-forming regions.