Can You Split Atoms of Uranium at Home in Your Kitchen? One Swedish Man Investigates

Yes, it turns out, but it's frowned upon 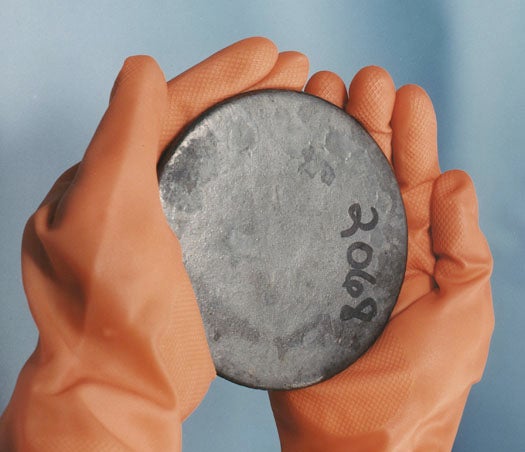 Here at PopSci we like to nurture that DIY, can-do, experimental spirit, but file this one under what not to do: A Swedish gentleman, citing a a curiosity about whether or not it’s possible to split atoms in one’s own home, has been arrested for trying to induce fission of radium, americium, and uranium in his kitchen. No joke.

Now, lest the Swedes get a bad name for running an over-protective state, it’s important to note here that Richard Handl was not arrested for being a scientific pioneer, but for being in possession of highly controlled radioactive materials, one of which has previously been used to destroy entire cities.

And in Handl’s defense–as he is now more or less my new personal hero–the 31-year-old turned himself in. Or rather, after catalyzing a “small meltdown” on his stove he wrote an inquiry to the Swedish Radiation Authority asking if his activities were, strictly speaking, legal.

There’s no telling what the clerk at the Radiation Authority thought as he or she opened and read that letter, but what happened next is clear: the police stopped by to take a look at Handl’s “lab.” Though they did not detect any dangerous levels of radiation in Handl’s apartment, they did arrest him. He faces fines and/or possibly up to two years behind bars. And though time served won’t stop Handl from chasing big ideas, he told police he’ll think better of such projects in the future, telling the AP “from now on, I will stick to the theory.”