Run a Nuclear Reactor (as an Undergrad) at Reed College 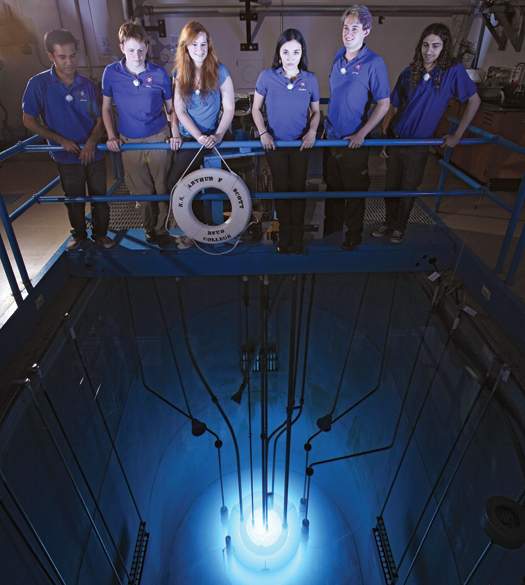 Reed College, a liberal-arts school in Portland, Oregon, has 1,447 students and no graduate schools. But it has its own nuclear reactor. Only 27 schools in the nation have such a thing, and they usually use grad students and pros to run it. Reed entrusts the power of fission to students as young as freshmen, licensing twice as many undergraduate operators as any other university.

The 250-kilowatt device draws several humanities types to the sciences every year. Ellen McManis was a freshman majoring in studio art when, during a tour of the reactor, she looked into the cooling pool and saw the blue glow of Cherenkov radiation, a cascade of photons that results when charged particles travel faster than the surrounding photons. “It’s a definitely a gorgeous phenomenon: The visual equivalent of a shock wave—unbelievably cool and interesting,” she says.

Three years later, McManis is a physics major and a senior reactor operator, along with 40 other students licensed to run the reactor by the U.S. Nuclear Regulatory Commission. Reed licenses more female operators than all other schools combined. And despite its small size, Reed has produced more future Ph.D.s in the physical sciences than any institution other than MIT or Caltech.