Researchers are testing a potent new tool in the fight against malaria: dirty socks. Experiments are underway in three villages... 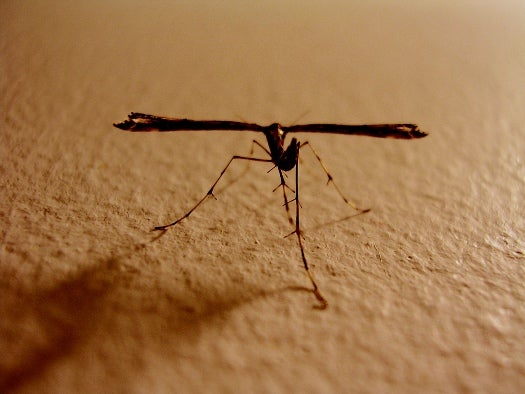 Researchers are testing a potent new tool in the fight against malaria: dirty socks. Experiments are underway in three villages to see if smelly socks can lure mosquitoes into poisoned traps as effectively as synthetic chemical baits that can be expensive and complicated to mix. If so, good old fashioned human stink could become a key tool for curbing malaria infections.

It turns out mosquitoes–the number one carrier of malaria, which kills something like 900,000 people per year–love smelly socks. Previous studies have shown that synthetic, chemically-derived bait is more attractive to mosquitoes than human bodies (up to the point the mosquitoes realize there’s not a meal in it for them), but smelly socks could be just as effective as the synthetic bait. This is the first time a study has pitted human odor and chemical bait against each other in the field, and the results could change the conventional ways authorities fight the infection in malaria-prone regions.

The experiment is pretty straightforward: Three different villages have deployed three different kinds of traps–one with synthetic bait, one containing dirty socks worn for a day by adults, and one containing cotton pads worn inside the socks of schoolchildren for a day. Researchers will simply compare the number of mosquitoes caught and killed by each method.

That previous research showed that synthetic bait attracts four times as many mosquitoes as the human body does, and if the socks or sock pads work anywhere nearly as well they could significantly boost the number of traps a given village or community could deploy to defend residents from potential malaria threats (the sock pads are the preferred method, since people wouldn’t have to give up their socks to arm the traps). Modeling shows that the smelly sock traps–if they prove to be effective–could reduce malaria infections in a given region by 20 percent.