Greens are good for you 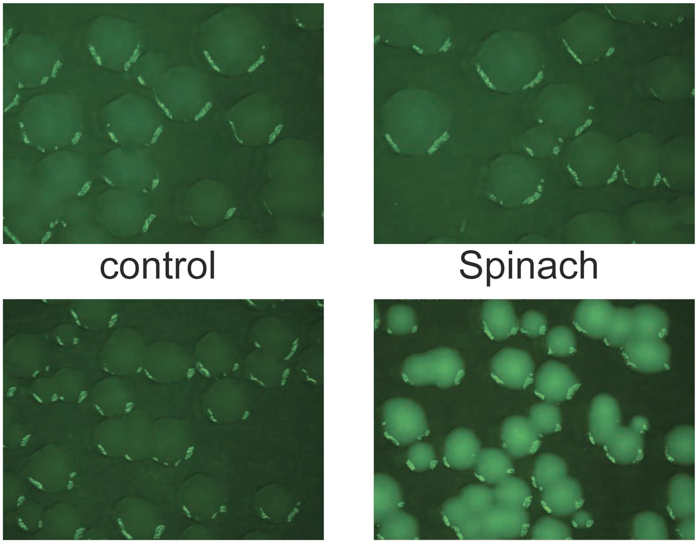 The newest optical techniques are making cell biology a little clearer, but it’s still a murky business, watching cells work. A new technique that illuminates RNA — the builder of proteins, making copies according to DNA’s blueprint — is one way to shine a light on that process.

Researchers have been using green fluorescent protein for years, tagging molecules and cells to make them glow under certain conditions and when certain changes occur. Now scientists at Weill Cornell Medical School in New York have figured out how to make RNA molecules light up, so they can watch them at work.

Monitoring RNA could help biologists understand how and when the molecules move around in cells, in response to which signals. This could help answer questions about gene expression and about viruses, which use RNA instead of DNA as their genetic material.

Jeremy Paige and colleagues at Weill Cornell worked with derivatives of the green fluorescent protein molecule, called fluorophores, which are what make the molecule glow in certain light wavelengths. They looked for short RNA molecules that could bind to them, the team explains in a paper published today in Science.

They found a host of combinations across the visible spectrum, but just like with jellyfish protein, green was the best. A combination of RNA and fluorophore complexes nicknamed Spinach is just as bright as GFP, the researchers say. What’s more, it doesn’t bleach under microscopic light, and it makes molecules glow faster than regular GFP. They tested it with E. coli and watched bacterial colonies light up.

The method could be a simpler way to tag RNAs for a wide range of applications, the researchers say. 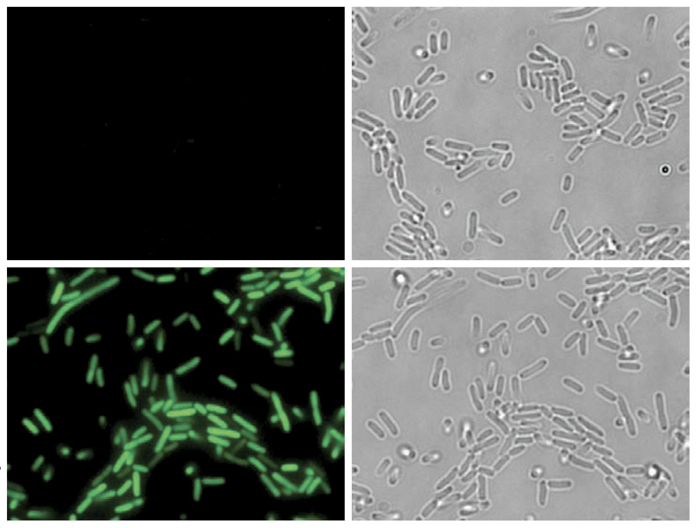 Control E. coli is on the top left, and E. coli with RNA-fluorophore complex at bottom left.